Another good reason to vote for a Bucs win today. The Green Bay Packers won their first postseason game in 1936, when they beat Boston in the NFL Championship Game. Today the Packers can earn their 37th postseason win. If they do, they’ll tie the Patriots for the most franchise postseason wins in NFL history. The Patriots have 37 postseason...

Think about what Tom Brady is about to do​

Greatness marches into legendary Lambeau Field, where greatness will be waiting there for him.

Think about what Tom Brady, the Greatest Of All Time, will be trying to do now, with Aaron Rodgers, arguably the Greatest Of This Time, standing in his way — along with all the ghosts of Green Bay Packers’ past, when Brady steps on the field where Lombardi stood as the master of all he surveyed, where winning won’t be everything but it will be the only thing again for Tom Brady as well in this epic NFC Championship gunslinger duel Sunday.

From the time he became Bill Belichick’s quarterback, Brady — whether or not he gets to his 10th Super Bowl in his 14th conference championship game for a chance to hoist his seventh Lombardi Trophy — has already given us, and an exasperated Father Time, yet another reminder us why he is who he is, still, at age 43.

Think about this: TOMpa Brady is 60 minutes from becoming the first quarterback to host a Super Bowl in his home city, and Belichick will be somewhere watching the AFC Championship instead of “60 Minutes.” (Talk amongst yourselves, as they used to say on Coffee Talk on SNL.)

After all the legacy games pitting Brady against Peyton Manning, Rodgers is every bit the clear and present danger to him, playing the way Rodgers is in a system he has mastered at an MVP and Hall of Fame level, leading as he never has before, more at peace with himself than he has ever been, desperate as he is to capture his second Super Bowl crown at age 37 a decade after his one and only.

But all you need to know about Brady is this: He was a sixth-round draft pick. He has won six Super Bowls.

Neither snow nor rain nor heat nor gloom of night nor a pandemic has stayed Tom Brady, even now, from the swift completion of his appointed rounds … with a new team, a downtrodden, drowning team that asked him to take it to higher ground, with Bruce Arians his new head coach, with new teammates, he has delivered.

The change of scenery, his great escape from Alcatraz Belichick, has invigorated and rejuvenated him, and even if the Fountain of Youth he seemingly has been drinking from spews ice on the visiting sidelines, temperatures will be tolerable in the 20s with little wind, and Brady wouldn’t be the GOAT if he wasn’t a weather-proof and pressure-proof quarterback anyway.

They all have their own horror stories about the wrath of Tom Brady. Packers coach Matt LaFleur was the Falcons quarterbacks coach when Brady brought the Patriots back from a 28-3 deficit in the second half of Super Bowl LI. Brady is 10-3 with 24 touchdowns and seven interceptions with an eight-game winning streak against Packers defensive coordinator Mike Pettine — across Pettine’s various jobs with the Jets, Bills and Browns — and hasn’t lost to him since a 2010 playoffs upset to the Jets.

You don’t fool Brady. You try to punch him in the nose for 60 minutes. You try to pressure up the middle and get him off his spot. It’s the same-old song defensive coordinators have been singing off-tune for two decades. He is an anachronism as a statue, but he gets the ball out so damn fast and makes most of the right decisions. Pettine has formidable pass rushers and defensive backs; Brady has trusted bodyguards whose duty is to protect him as if he were the Holy Grail.


Brady beats you more with his mind than with his arm. Rodgers can beat you with his mind, a flick of his wrist, and even his legs at opportune times. He can strike more quickly than Brady. Brady has better receivers, though Antonio Brown (knee) is out. Rodgers has the most explosive receiver (Davante Adams) and running back (Aaron Jones). Brady’s best chance, buoyed by RB Leonard Fournette and possibly Ronald Jones, would seem to be to try to win the time-of-possession battle and keep Rodgers on the sideline.

Brady’s pretty-boy image took a hit during the Deflategate scandal following the Patriots’ 2015 AFC Championship rout of the Colts, but he did the time — a four-game league suspension — for the crime. And the fact that he is still standing, still GOATing after all these years, after proving to all the doubters that he could divorce Belichick and find love again, till the Super Bowl does he part, has made him more of a sympathetic figure than he was in New England.

Think about this: Michael Jordan won his sixth (and final) championship with the Bulls at age 35. He was no longer Air Jordan when he played the Garden at age 38 as a Washington Wizard hours before Brady won his first title, Super Bowl XXXVI, over the Greatest Show on Turf Rams, at age 24. Now he stands 60 minutes from a chance for his seventh championship. Heir Jordan. 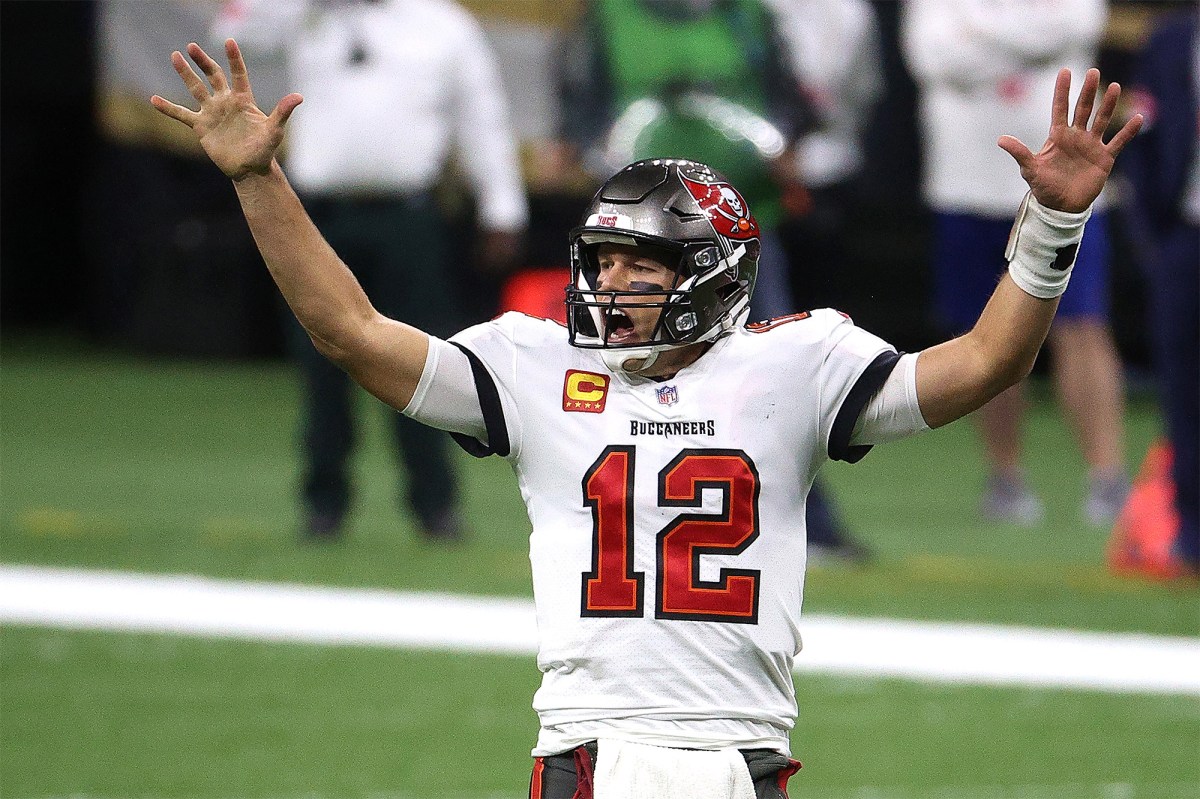 Think about what Tom Brady is about to do

Greatness marches into legendary Lambeau Field, where greatness will be waiting there for him. Think about what Tom Brady, the Greatest Of All Time, will be trying to do now, with Aaron Rodgers, ar…

Coltsfan2theend said:
A bears posted this, I mean, the Packers are in the NFC CG, The bears couldn't get out of round one. I get it you hate the Packers, but give it up when your team wins with these.
Click to expand...

I like the backstories. Like in the NFC - 2 legends, MVP's, seasoned QB's that have done it all, their careers winding down and in the AFC, two young gunslingers - mobile, athletic - at the top of their game, early in their careers.

nfln had willie mac et al chime in on who was more important, bb or tb. i thought they were all correct when they said it was both of them. tb choosing a place with great weapons along with all the opt outs and fas the pats lost do not make an apples to apples comparison.
You must log in or register to reply here.
Share:
Facebook Twitter Reddit Pinterest Tumblr WhatsApp Email Share Link
Top