Democrats want gun control yet gun sales soar while they are in office. 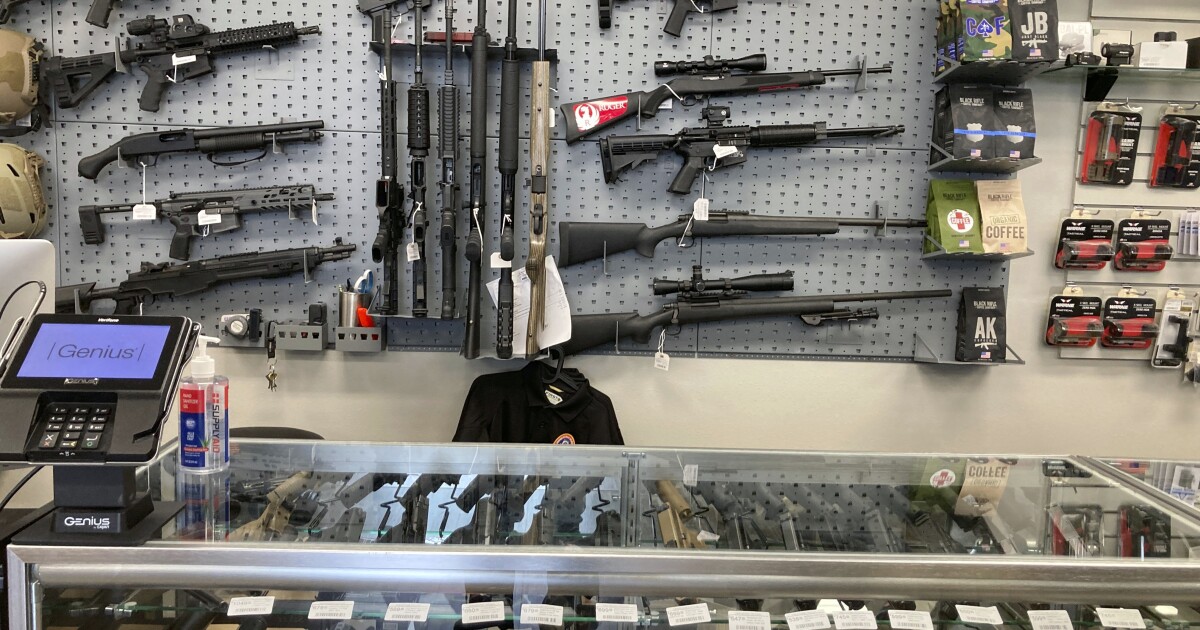 Another 1.5M guns sold in February

Despite bare shelves and back orders of up to a year, gun sales continued to soar last month as more people sought personal protection and got ahead of the coming gun control wave from the Biden administration and a liberal Congress. 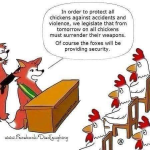 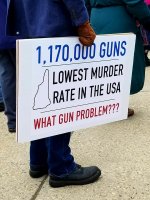 Apparently, some madmen are building a rifle to fire this cartridge. It’s called a 14.9 SOP and the 1,690-grain projectile leaves the muzzle at 3,350 fps with 42,104 ft/lbs of energy while staying supersonic to 5400 yards. What the fuck. 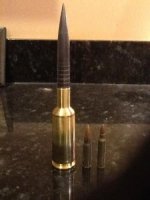 
Apparently, some madmen are building a rifle to fire this cartridge. It’s called a 14.9 SOP and the 1,690-grain projectile leaves the muzzle at 3,350 fps with 42,104 ft/lbs of energy while staying supersonic to 5400 yards. What the fuck.
Click to expand...

That will leave a mark.


Apparently, some madmen are building a rifle to fire this cartridge. It’s called a 14.9 SOP and the 1,690-grain projectile leaves the muzzle at 3,350 fps with 42,104 ft/lbs of energy while staying supersonic to 5400 yards. What the fuck.

It will keep our snipers out of harms way, while they are able to take out our enemies. More power to'em (pun intended). 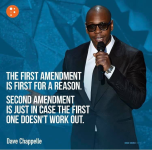 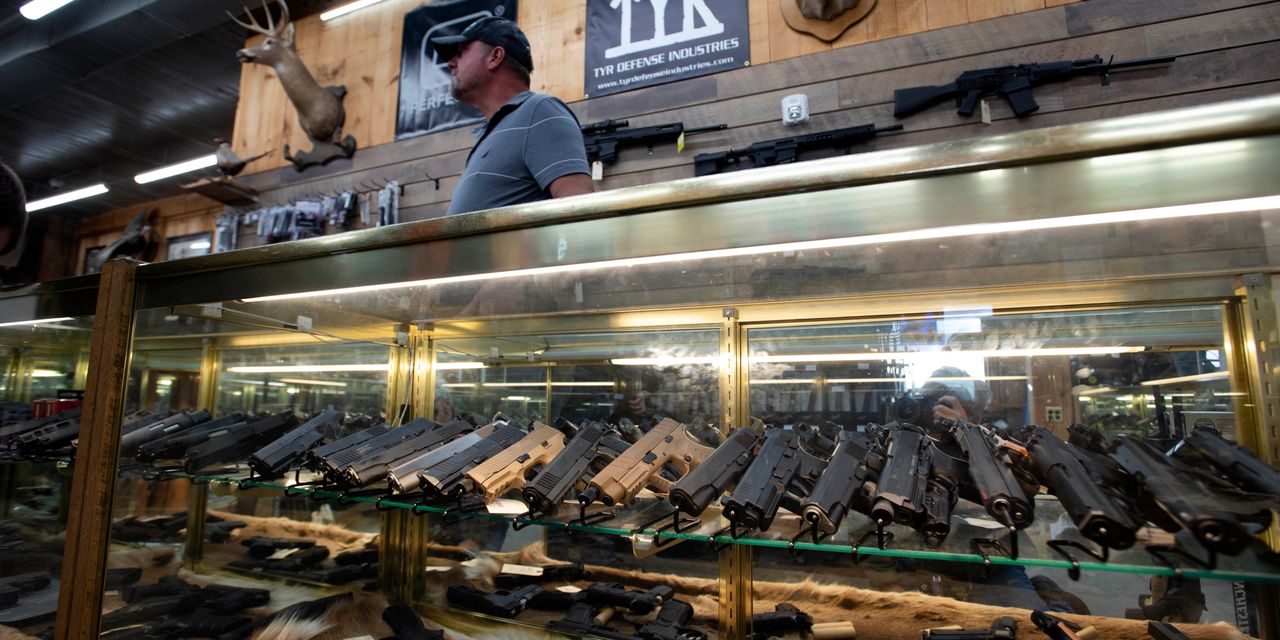 Guns for sale at a shop in Jasper, Ga., in January.​


WASHINGTON—The House passed a pair of gun-control bills that were blocked in the last Congress, a priority for Democratic leaders frustrated by years of little success on the issue amid broad Republican opposition.
The vote was 227 to 203 on a measure to expand background checks to nearly all gun sales. Eight Republicans supported the bill, while one Democrat opposed it.

The House separately voted to extend the window for background checks to 10 days from three days, giving law-enforcement authorities more time to vet individuals before they can buy guns. The vote was 219-210, also mostly along party lines, with two Republicans voting in favor and two Democrats against.

Both gun measures passed the House in 2019, after Democrats regained control of the chamber in the midterm elections, but languished in the Senate when then-Majority Leader Mitch McConnell (R., Ky.) declined to schedule votes.

The legislation’s prospects in the now Democratic-controlled Senate are uncertain, but the effort could provide more momentum to the party’s effort to change the rules in the closely divided chamber to make it easier to pass bills.
“We know what we need to do to help protect millions of Americans,” said Rep. Mark DeSaulnier (D., Calif.). “I proudly support these bills because evidence is clear that they will make our communities safer and save lives.”
Republican opponents said that the gun bills would impose bureaucratic burdens on law-abiding gun owners without addressing the avenues through which guns fall into the hands of people who misuse weapons. 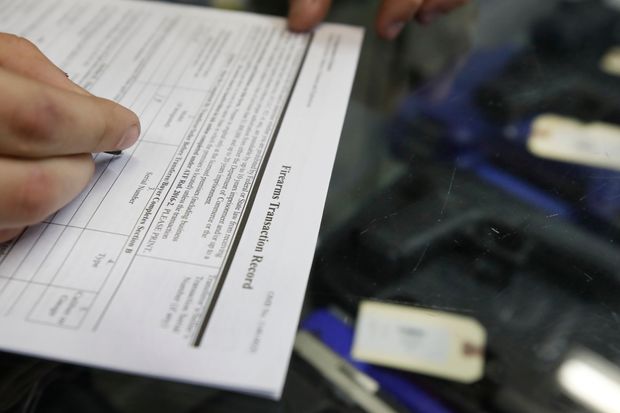 A customer filled out a background-check form at a gun store in Orem, Utah, last month.​

Opponents also fear that background checks are aimed at establishing a national registry that the federal government could later use to take guns away from gun owners, though the legislation prohibits the creation of a national registry.
“This bill creates a de facto gun registry by involving the federal government in every gun transfer, including private transfers and gifts, or else how will we enforce these requirements?” said Rep. Bob Good (R., Va.) “For my Democrat friends who suggest that conservatives and gun owners are paranoid about a national registry, you bet we are.”

House Democrats, emboldened by their new control of Congress and the White House, have been on a legislative tear following the inauguration of President Biden one and a half months ago, with votes on contentious bills on policing, voting rights and now guns. Narrow majorities in both the House and the Senate are motivating House Democrats to pass as much as they can as quickly as they can, though many of the bills face long odds in the Senate.

Also driving momentum was an internal rule covering House procedures that delays until April 1 a requirement that legislation be subject to a hearing and committee vote. With that deadline weeks away, Democrats have rushed to the floor measures that passed last year, including the voting-rights and policing measures, without taking time to put the measure through normal committee procedures and to let new members weigh in.

Passing the bills in quick succession could also put pressure on the Senate, where some Democrats want to change the chamber’s procedures to clear up what they view as a bottleneck that has stopped their legislation. Many Democrats have discussed changing or eliminating the 60-vote threshold, known as the filibuster, needed to advance most legislation. The support of all 50 senators in the Democratic camp would be required to change the rule, and several have said they don’t back such a step.

The two gun bills up for a vote deal with different aspects of gun ownership. One measure would mark the most significant gun-control measure in decades by requiring buyers to be vetted for almost all private sales online and at gun shows, and make it illegal to transfer and give guns to friends or family members or in other private transactions without going through background checks and complying with record-keeping requirements. Currently, federal laws require the checks only for sales by federally licensed dealers, though some states have added their own requirements.

The other would lengthen to 10 business days from three the amount of time firearms transactions could be delayed while awaiting a completed background check through the National Instant Criminal Background Check System. The FBI-operated system performs queries to determine whether a buyer is disqualified from owning a gun.

The system was faulted in the 2015 shooting of nine people during a Bible-study meeting at a historically Black church, where shooter Dylann Roof was able to purchase a gun after his background check stretched past three days, allowing him to take it home. A past drug arrest should have kept him from buying the weapon.

After the shooting of 20 children and six adults at an elementary school in Newtown, Conn., a bill to expand background checks to all online sales and sales at gun shows narrowly failed in the Senate in 2013.

Bipartisan groups of lawmakers have also pushed to prevent suspected terrorists from buying firearms by prohibiting individuals on the government’s “no fly” list, but a series of proposals all came up short in 2016, following the shooting at the Pulse nightclub in Orlando, Fla.

Congress in March 2018 tucked a provision in a spending bill signed by then-President Donald Trump to strengthen compliance with the national background check system for buying firearms. The measure added incentives for states and federal agencies, including the military, to submit criminal-conviction records to the system. Federal law requires agencies to submit relevant records, but at the state level, compliance is voluntary unless mandated by state law or federal funding requirements.

“Although we do not undertake an exhaustive historical analysis today of the full scope of the Second Amendment, nothing in our opinion should be taken to cast doubt on longstanding prohibitions on the possession of firearms by felons and the mentally ill, or laws forbidding the carrying of firearms in sensitive places such as schools and government buildings, or laws imposing conditions and qualifications on the commercial sale of arms.”
-- Antonin Scalia

Apparently I agree with Scalia on two things now. 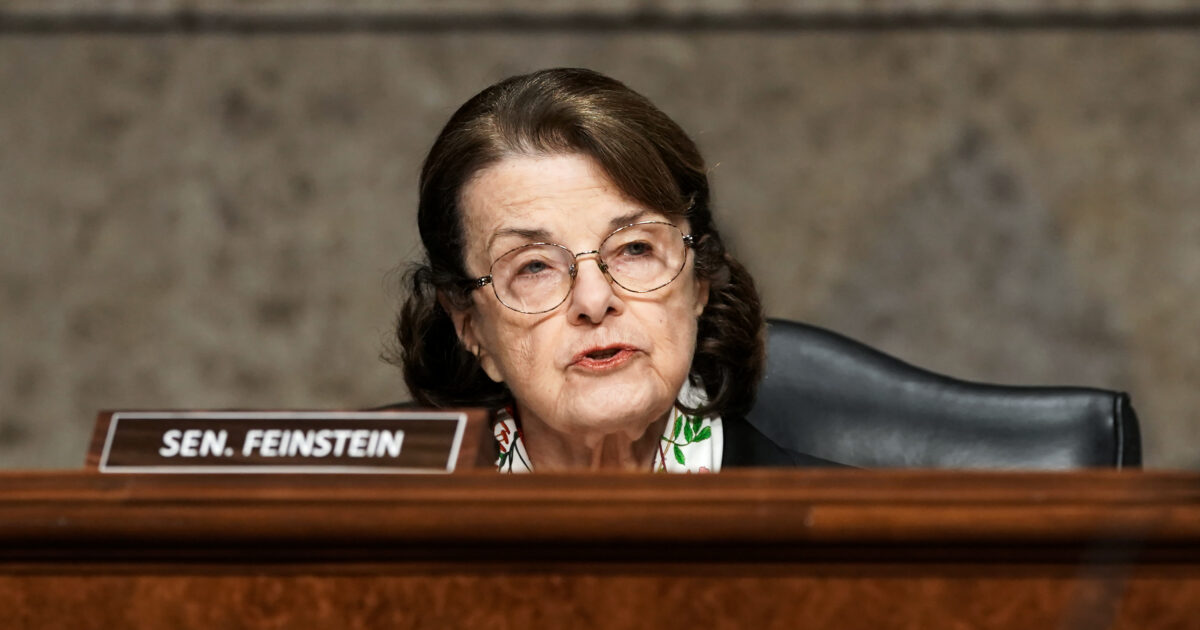 As usual, the senator and her allies want to ban guns based on arbitrary distinctions. 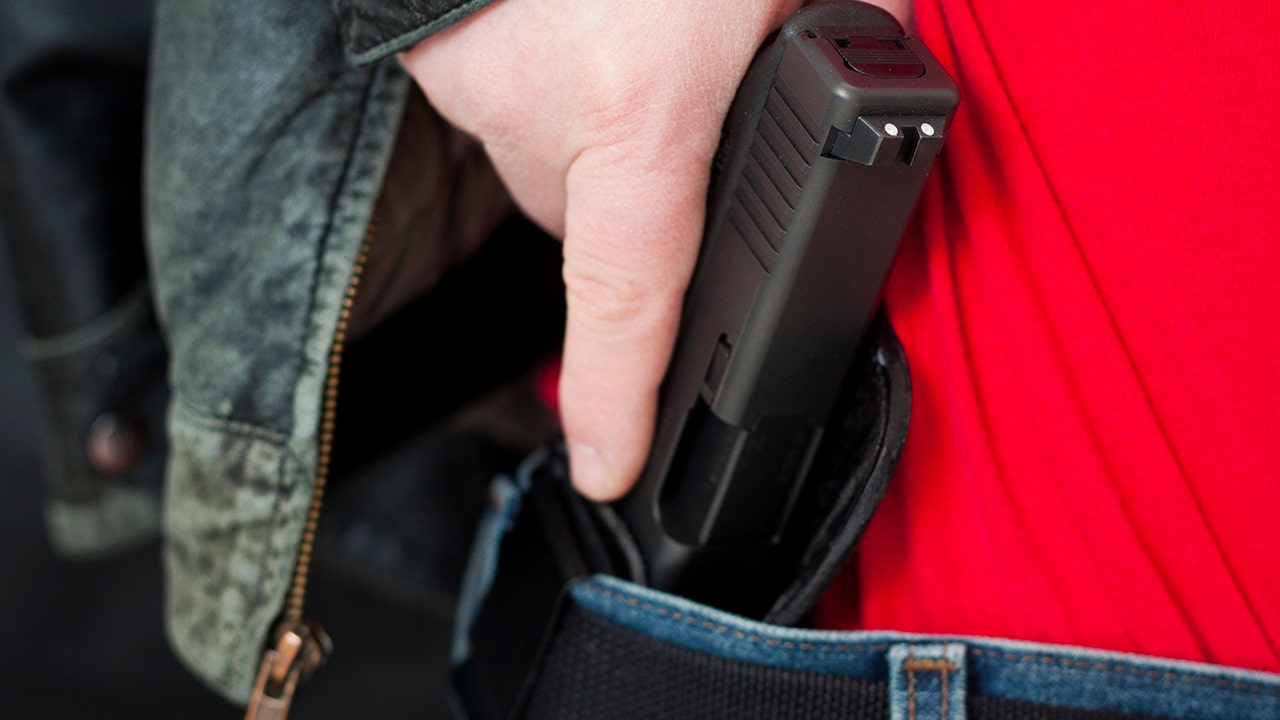 Idaho concealed carry bill advances; would allow some school staff to be armed at work without permission

A bill that would allow some school staffers in Idaho to carry a concealed firearm at work without the permission of the school board moved forward Thursday after the Idaho House passed it 58-18.

Military Leader's Tweet to Tucker Carlson Is a BIG Problem

Is this really happening right now? Not good.

What these military "leaders" are doing is against the UCMJ and they should be reprimanded if not court martialed, if they commented as a private citizen then that would be different but they aren't, they are using their position in the military to attack a civilian.

Military Leader's Tweet to Tucker Carlson Is a BIG Problem

Is this really happening right now? Not good.

This is part and parcel of the politicization of the DoD that promulgated under Obama and President Trump failed to root out.

This is dangerous as hell.

AkPatsFan said:
What these military "leaders" are doing is against the UCMJ and they should be reprimanded if not court martialed, if they commented as a private citizen then that would be different but they aren't, they are using their position in the military to attack a civilian.
Click to expand...

Precisely but something tells me the corrupt Biden administration will do everything they can to protect scum like this. After all scum looks after scum

aloyouis said:
This is part and parcel of the politicization of the DoD that promulgated under Obama and President Trump failed to root out.

This is why the second amendment is the single greatest thing about our country. It is supposed to fend off corrupted government.

I know a few Marines that would be ashamed of how he is representing the Corps and I'm actually quite surprised that the Commandant of the Marine Corp hasn't stepped in yet. 'These bills would have not stopped a single mass shooting -- not Newtown, not Charleston, not Parkland, not Las Vegas, not Sutherland Springs.'

The Fourth Amendment protects our right to be secure in our property. A rule that allows police to burst into your home without a warrant whenever they feel they are acting as ‘community caretakers’ is a threat to everyone’s security. 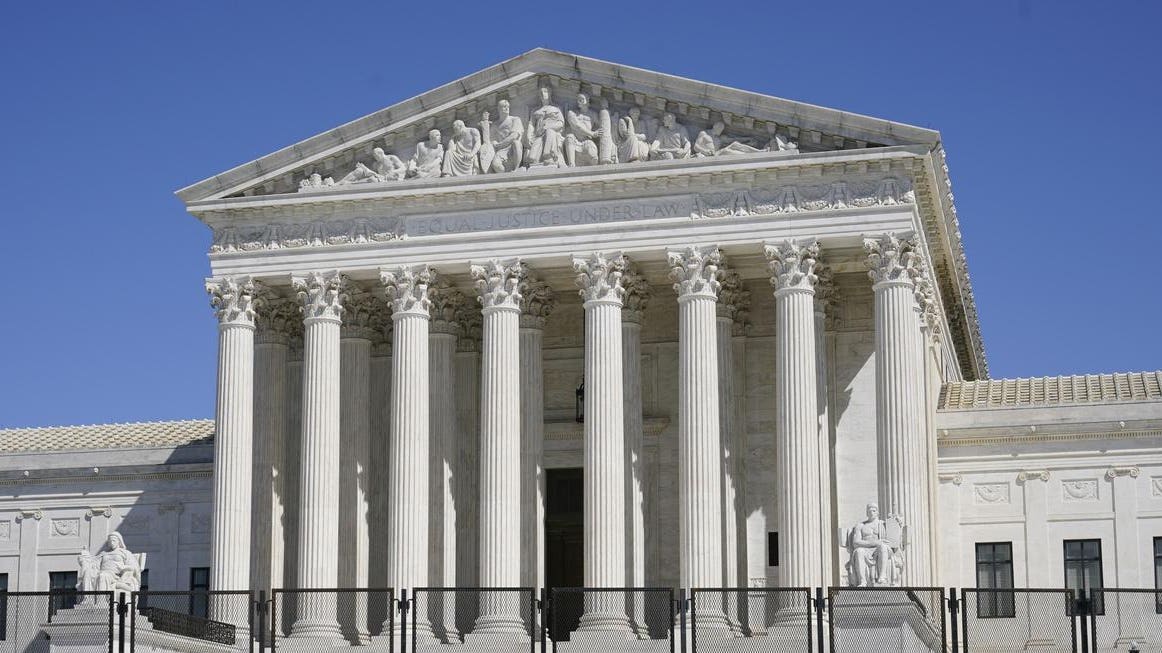 Adopting the Biden Administration's argument, critics warn, “would be anathema to the Fourth Amendment” and would “grant police a blank check to intrude upon the home.”