Inspector_50 said:
Yeah believe the way we do or we will kill you. Freedom!!!! I always found it funny that people who scream freedom say if you do not believe how we do, we will kill you. That is amazing freedom right there. The funny thing about all of this, is people believe defunding the police means getting rid of the police. lol. Like I said before education is defunded yearly.
Click to expand...


Reason, liberty and freedom are absolutes. Look into them sometime. 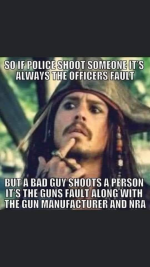 The U.S. Supreme Court stepped back into the heated debate over gun rights on Monday, agreeing to hear a challenge backed by the National Rifle Association to New York state's restrictions on people carrying concealed handguns in public.The justices will take up an appeal...

johnlocke said:
This is big.

The U.S. Supreme Court stepped back into the heated debate over gun rights on Monday, agreeing to hear a challenge backed by the National Rifle Association to New York state's restrictions on people carrying concealed handguns in public.The justices will take up an appeal...

Should be 9-0 but politics.

US Court Says 'Ghost Gun' Plans Can Be Posted Online

The U.S. Supreme Court is declining to take up a challenge to Maryland's ban on bump stocks and other devices that make guns fire faster. 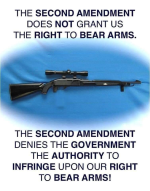 Gee, I wonder why. 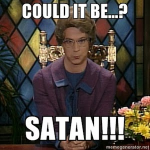 America is locked in to a 16 straight months of record gun sales, with April guns sales hitting at least 1.8 million and FBI background checks at over 3.5 million, the Washington Examiner reports.

EXCLUSIVE: Dozens of House Republicans are urging the Senate to oppose President Biden's nomination of David Chipman as director of the Bureau of Alcohol, Tobacco and Firearms (ATF), calling him an "enemy of the 2nd Amendment" and saying his confirmation would "jeopardize" the constitutional... 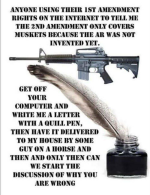 Read this eloquent and profound letter and pay close attention to the
last paragraph of the letter....
"The Gun Is Civilization" by Maj. L. Caudill USMC (Ret)

Human beings only have two ways to deal with one another: reason and force.

If you want me to do something for you, you have a choice of either convincing me via argument, or force me to do your bidding under threat of force.

Every human interaction falls into one of those two categories,
without exception. Reason or force, that's it.

In a truly moral and civilized society, people exclusively interact through persuasion. Force has no place as a valid method of social
interaction, and the only thing that removes force from the menu is the personal firearm, as paradoxical as it may sound to some.

When I carry a gun, you cannot deal with me by force. You have to use reason and try to persuade me, because I have a way to negate your threat or employment of force.

The gun is the only personal weapon that puts a 100-pound woman on
equal footing with a 220-pound mugger, a 75-year old retiree on equal footing with a 19-year old gang banger, and a single guy on equal
footing with a carload of drunk guys with baseball bats. The gun removes the disparity in physical strength, size, or numbers between a
potential attacker and a defender.

There are plenty of people who consider the gun as the source of bad force equations. These are the people who think that we'd be more
civilized if all guns were removed from society, because a firearm makes it easier for a armed mugger to do his job. That, of course, is
only true if the mugger's potential victims are mostly disarmed either by choice or by legislative fiat--it has no validity when most of a
mugger's potential marks are armed.

People who argue for the banning of arms ask for automatic rule by the young, the strong, and the many, and that's the exact opposite of a
civilized society. A mugger, even an armed one, can only make a successful living in a society where the state has granted him a force
monopoly.

Then there's the argument that the gun makes confrontations lethal
that otherwise would only result in injury. This argument is fallacious in several ways. Without guns involved, confrontations are won by the physically superior party inflicting overwhelming injury on the loser.

People who think that fists, bats, sticks, or stones don't constitute lethal force watch too much TV, where people take beatings and come
out of it with a bloody lip at worst. The fact that the gun makes lethal force easier works solely in favor of the weaker defender, not
the stronger attacker. If both are armed, the field is level.

The gun is the only weapon that's as lethal in the hands of an octogenarian as it is in the hands of a weight lifter. It simply wouldn't work as well as a force equalizer if it wasn't both lethal
and easily employable.

When I carry a gun, I don't do so because I am looking for a fight, but because I'm looking to be left alone. The gun at my side means
that I cannot be forced, only persuaded. I don't carry it because I'm afraid, but because it enables me to be unafraid. It doesn't limit the
actions of those who would interact with me through reason, only the
actions of those who would do so by force.
It removes force from the equation... and that's why carrying a gun is
a civilized act.