Hillary Will Be Indicted

Btw, is the author dead yet?

Really wish there were some Hilary supporters to discuss their stance now that facts are spewing forth like Poland Springs.

They seem to have gone dark...
OP

Btw, is the author dead yet?

Really wish there were some Hilary supporters to discuss their stance now that facts are spewing forth like Poland Springs.

They seem to have gone dark...
Click to expand...

Let me make it easy for you.

Putin has taken over the justice department and created fake facts to coverup all the collusion going on, through bribery and blackmail or something.

It's a lot like Global Warming. You can't break faith with facts. You just can't.

Pompeo was asked if he is concerned that revealing the emails would have national security implications given that some of them likely contain classified information.

"I've been at this a long time with President Trump, for four years now, almost. I've never seen him do anything that would put any kind of asset, any one of our officers in harms way. He wouldn't do that," Pompeo said on Fox News. "We'll get the information out that needs to get out."

Addressing the timing of the potential release of the emails, Pompeo said, "We're doing it as fast as we can. I certainly think there will be more to see before the election."

President Trump said this week that he had declassified documents from the investigation into Clinton's use of the private server for e-mail during her tenure as secretary of state, America's top diplomat. There are reportedly as many as 33,000 e-mails from Clinton's private server that haven't been released publicly.

Dwight Schrute said:
"I've been at this a long time with President Trump, for four years now, almost. I've never seen him do anything that would put any kind of asset, any one of our officers in harms way. He wouldn't do that," Pompeo said on Fox News. "We'll get the information out that needs to get out."
Click to expand... 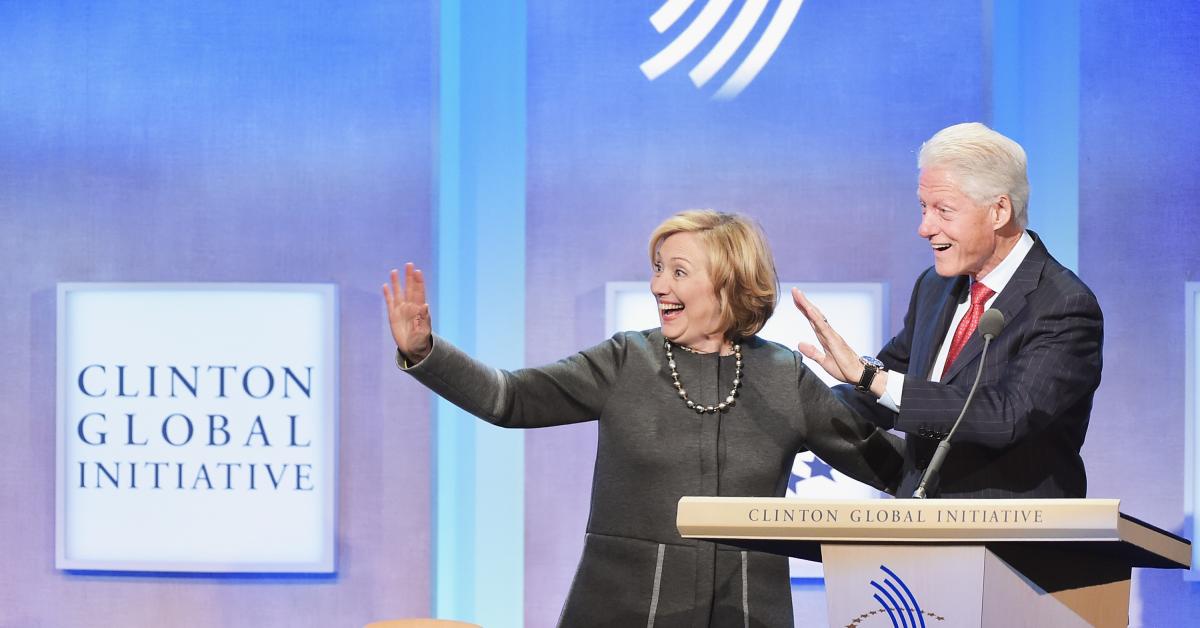 A federal judge is allowing a whistleblower complaint to proceed against the Clinton Foundation, ruling the IRS "abused its discretion" in trying to dismiss allegations of nonprofit wrongdoing by one of America's most famous political families.

Gustafson said the agency's Whistleblower Office (WB) wrongly denied Moynihan's and Doyle's claims simply because the IRS Criminal Investigation (CI) office sent an email saying the issues in the complaint were closed. The judge said he had reason to believe from the evidence that the IRS and the FBI engaged in some investigative activity.

The record "fails to support the WBO's conclusion that CI had not proceeded with any action based on petitioners' information. Accordingly, we deny the motion on the grounds that the WBO abused its discretion in reaching its conclusion, because not all of its factual determinations underlying that conclusion are supported by that record," Gustafson wrote.

Index.pdf
Gustafson dropped several hints of FBI involvement in an IRS investigation, quoting in his ruling from non-public information in the IRS records in which the whistleblowers discuss their contacts with law enforcement:

"The FBI in [redacted] has thanked us profusely and praised our report excessively. As one individual close to the investigation commented to me, 'you and your colleagues have saved numerous federal agents thousands of hours of work.'"

Moynihan and Doyle are financial forensic investigators who filed a complaint with the IRS alleging the Clinton Foundation violated tax laws governing tax-exempt charities. They burst onto the scene in December 2018 when they testified before a congressional committee that the Clinton Foundation wrongly operated as a foreign lobbyist by accepting overseas donations and then trying to influence U.S. policy.

The foundation "began acting as an agent of foreign governments early in its life and throughout its existence," Moynihan testified at the time. "As such, the foundation should've registered under FARA (Foreign Agents Registration Act). Ultimately, the Foundation and its auditors conceded in formal submissions that it did operate as a (foreign) agent, therefore the foundation is not entitled to its 501c3 tax-exempt privileges as outlined in IRS 170 (c)2."

The Clinton Foundation has acknowledged past paperwork and compliance issues but steadfastly denies the whistleblower allegations, suggesting the investigators had a financial reward motive for making them. A spokesman for the foundation didn't return an email from Just the News seeking comment.

But the judge's ruling means the case will live on, as he asked the IRS and the whistleblowers for a schedule of next actions. The docket in the case shows Moynihan and Doyle have asked the court for permission to take a deposition from Jimmy Corley, the chief of accounting compliance for the state of Arkansas, as their next witness. The court has sealed the request.

"Order that petitioners application to take deposition of Jimmy Corley is placed under seal until further direction," a September entry in the court docket reads.

DocketSheet.pdf
CorleySealing.pdf
Corley did not respond to a call seeking comment Monday. His agency would have regulatory authority over any accounting firms in Arkansas that provided tax advice, audits or bookkeeping for the Clinton Foundation.

The ruling against the IRS comes as reports emerged recently that U.S. Attorney John Durham, the prosecutor named to review misconduct in the FBI's Russia collusion probe targeting President Trump, has expanded his probe to look at the bureau's conduct in investigating any allegations against the Clinton Foundation.
You must log in or register to reply here.
Share:
Facebook Twitter Reddit Pinterest Tumblr WhatsApp Email Share Link
Top