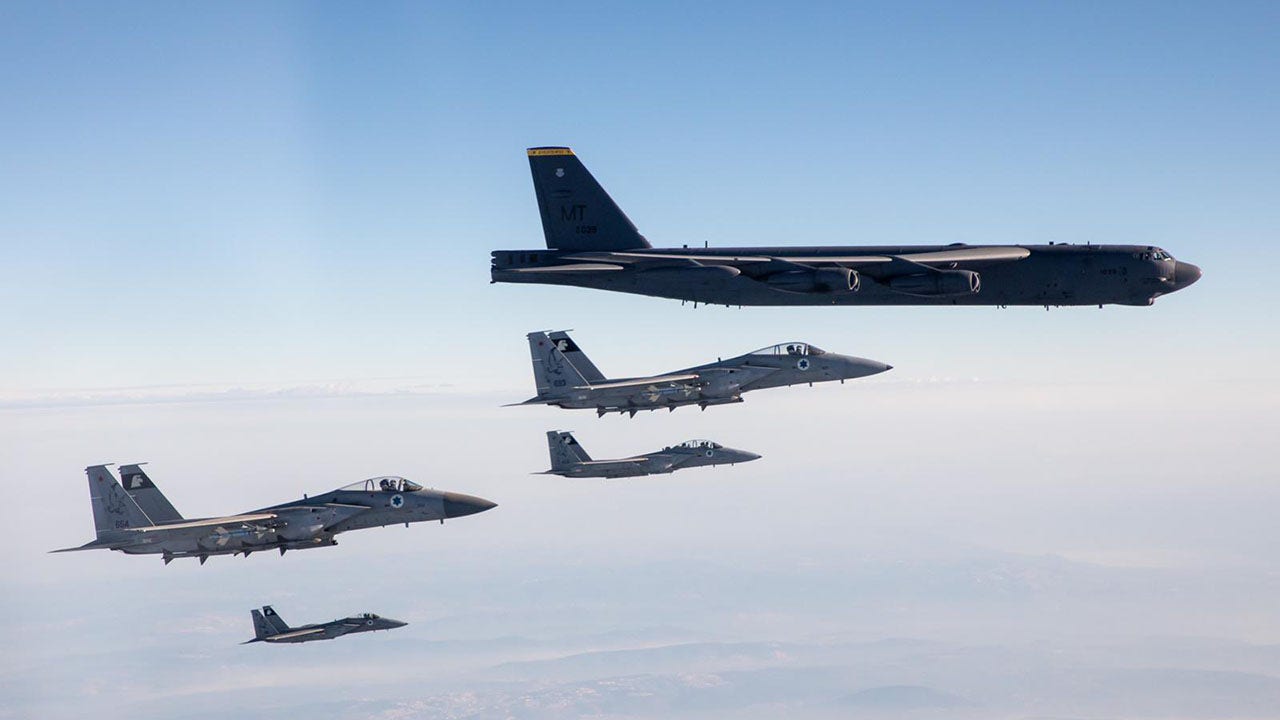 A pair of U.S. Air Force B-52 bombers flew a patrol mission over the Mideast on Sunday, U.S. Central Command said, as tensions remain high between Washington and Iran. 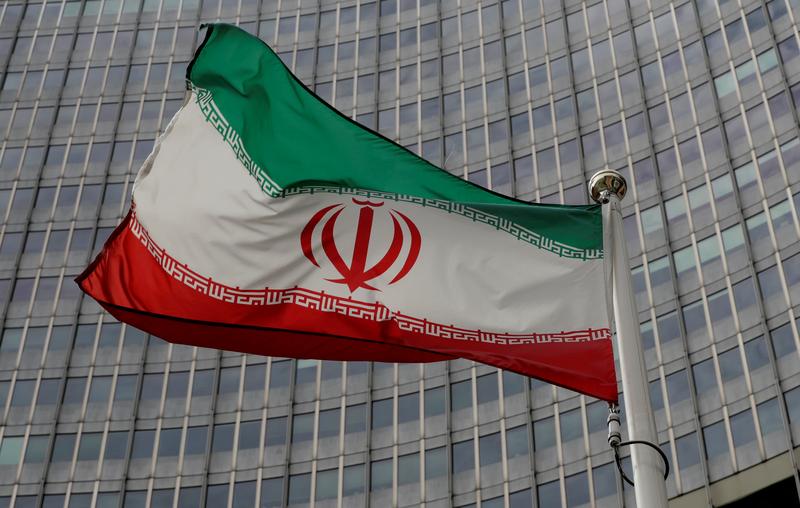 Iran has produced 55 kg of 20% enriched uranium since January: official

Iran has made 55 kg of uranium enriched to up to 20% - the point at which it is highly enriched - indicating quicker production than the 10 kg a month rate required by an Iranian law that created the process in January, Iranian authorities said on Wednesday.

While officially listed as a merchant ship, the Saviz was likely a covert IRGC forward base.
www.jpost.com
OP

US Prepared to Lift Sanctions Inconsistent With Iran Nuclear Deal

The United States is prepared to remove sanctions on Iran to resume compliance with the Iran nuclear deal, including those that are inconsistent with the 2015 pact, the U.S. State Department said on Wednesday, without providing details. "We are prepared to take the steps...

At least we know that John Kerry had a bad day given his affinity for the mullahs. That is always good news.
OP

Intel: Iran Tried to Lure Israelis Via Instagram to Kidnap

Iranian intelligence has been attempting to lure Israelis out of the country to kidnap or harm them, The Jerusalem Post reports, citing Shin Bet (Israel Security Agency) and the Mossad.

The Biden admin is already abandoning our biggest ally in the Middle East.

Iran, Israel to Deal With Purported Sabotage at Iranian Nuclear Site, Sans US

The Biden administration distanced itself from the attack on the Iranian nuclear facility at Natanz over the weekend, saying it had no role in the explosion. Iran has blamed Israel and vowed to take revenge, reported Axios.

Kerry denies it of course, but if this is true it would be very ugly.

johnlocke said:
Kerry denies it of course, but if this is true it would be very ugly.

I have zero doubt that it is true, Kerry exposed his true self many decades ago and is why many Vietnam vets hate his sorry ass.
OP

Calls Growing for Investigation Into Kerry Over Iran Accusation

Calls are growing for President Joe Biden's climate czar John Kerry to be investigated and to resign over accusations that he told Iran about Israeli military operations while serving as Secretary of State under former President Obama... 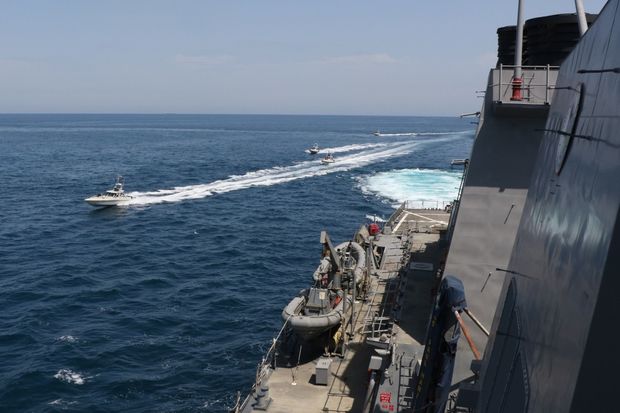 A group of boats from Iran’s elite Islamic Revolutionary Guard Corps harassed two U.S. Coast Guard ships earlier this month in the Persian Gulf, Navy officials said, the first such incident in a year.19 hours ago

The incident occurred April 2, just as the U.S. and Iran announced they would conduct negotiations toward renewing the 2015 multilateral nuclear accord. Those talks began earlier this month in Vienna. The episode hasn’t been previously disclosed.

U.S. Navy officials confirmed that three fast-attack crafts and one ship known as Harth 55, a 180-foot, twin-hulled support vessel, swarmed the two Coast Guard ships while they were patrolling international waters in the southern portion of the Persian Gulf.

The larger vessel repeatedly crossed in front of the bows of the two U.S. vessels, the Monomoy and the Wrangell, coming as close as 70 yards away, officials said. That forced the Wrangell to make defensive maneuvers to avoid a collision, Navy officials said.

The American crews issued multiple warnings over a three-hour period as the Iranian ships continued to buzz them. The crew of the Harth 55 responded to the bridge-to-bridge radio queries but the ship continued the unsafe maneuvers, said Cmdr. Rebecca Rebarich, a spokeswoman for the Navy’s Fifth Fleet, which oversees the region. It was unclear what the Iranian crews communicated by radio.
There was no immediate response from the Islamic Revolutionary Guard Corps’s Navy. 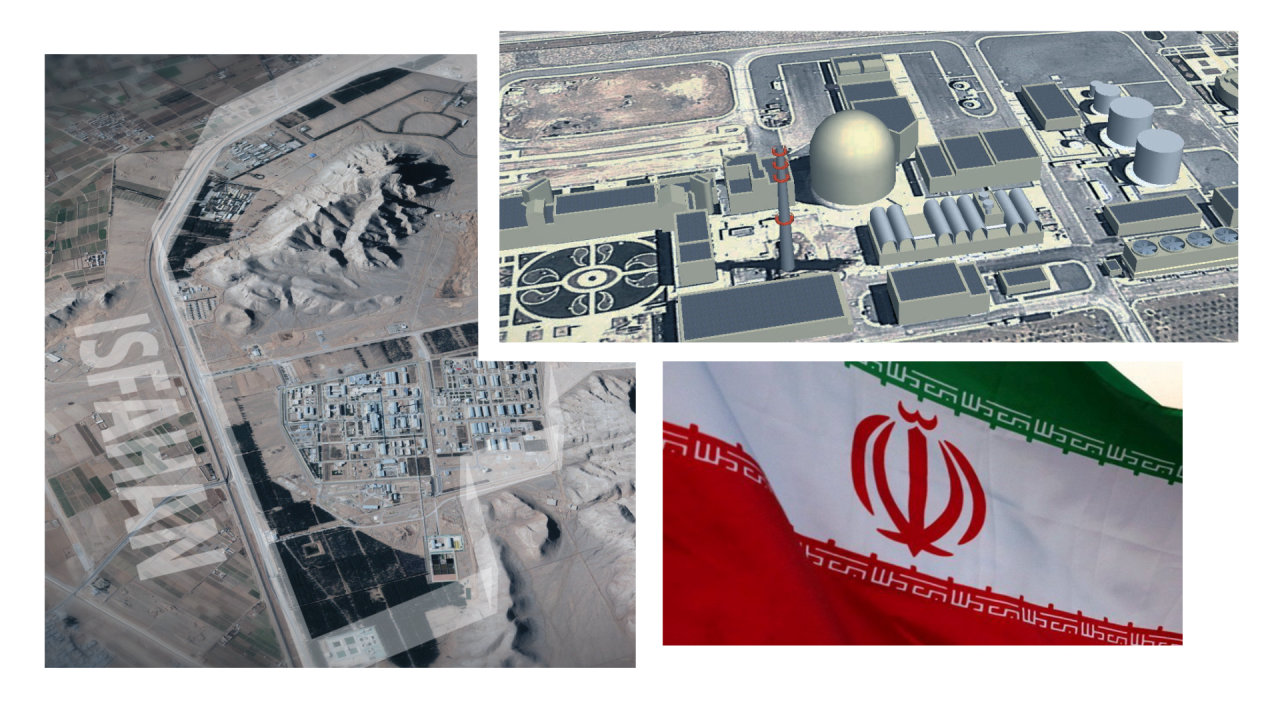 Iran’s Nuclear Program: What We Know About Tehran’s Key Sites

While Iran says it isn’t trying to build nuclear weapons, a look at its key facilities suggests it could develop the technology to make them. WSJ breaks down Tehran’s capabilities as it hits new milestones in uranium enrichment and limits access to inspectors. Photo illustration: George Downs

“After approximately three hours of the U.S. issuing warnings and conducting defensive maneuvers, the IRGCN vessels maneuvered away from the U.S. ships and opened distance between them,” Cmdr. Rebarich said in a statement.

The incident was considered “unsafe and unprofessional,” a term used by the military to describe situations in which, typically, another country’s ships or aircraft fly dangerously close. This incident was different from most other ones involving Iran: In the past, only Iranian fast attack boats were used to swarm American warships, not one as large as the Harth 55.

The Iranians had routinely conducted such maneuvers using small fast boats for at least two years, then in 2018 stopped conducting such operations and U.S. officials were at a loss to explain why.

Since then, they have resumed occasional harassment. The last incident in which an Iranian boat conducted an unsafe and unprofessional maneuver against an American ship was in April 2020, Cmdr. Rebarich said.


Over the weekend, a leaked tape surfaced in which Iran’s foreign minister, Mohammad Javad Zarif, was heard saying that the IRGC often sabotaged Tehran’s efforts, taking matters into their own hands over the concerns of the country’s foreign ministry or government.

“U.S. naval forces continue to remain vigilant and are trained to act in a professional manner, while our commanding officers retain the inherent right to act in self-defense,” Cmdr. Rebarich said.

The Coast Guard ships are part of a Coast Guard unit that operates outside of the U.S. and are assigned to U.S. Naval Forces Central Command’s Task Force 55.
OP

What didn't you learn about Chamberlain's appeasement of Hitler at the cost of many lives?

Appeasement to tyrants is always a losing proposition.

Daily, "Death to America" chants lead by their supreme leader speaks volumes of the level of western hatred that countries leadership holds.

They must not be permitted to attain nuclear weapons.

The Biden administration is considering a near wholesale rollback of some of the most stringent Trump-era sanctions imposed on Iran in a bid to get the Islamic Republic to return to compliance with a landmark 2015 nuclear accord, according to current and former U.S.... 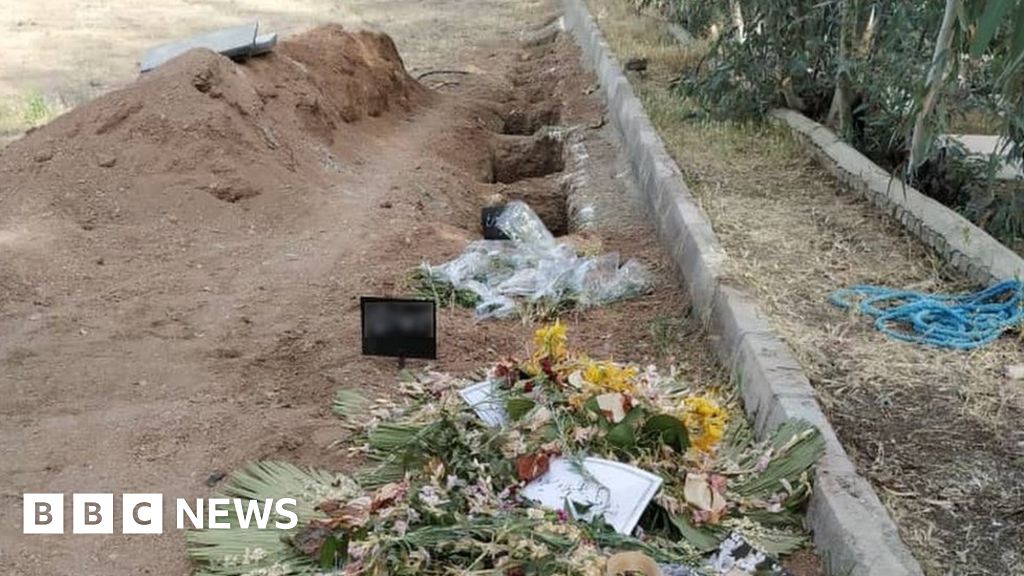 The religious minority says it is forced to use land where executed political prisoners are buried.
www.bbc.com
OP

And the left genuflects and prostrate themselves before the almighty Islam.

An Iranian LGBTQ advocacy goup said the circumstances of the man’s death highlight the danger of a military exemption policy.

Iran is preparing to ramp up global oil sales as talks to lift U.S. sanctions show signs of progress. But even if a deal is struck, the flow of additional crude into the market may be gradual.State-controlled National Iranian Oil Co. has been priming oil fields -- and...

How's that nuclear deal working out for ya? Buffoons.

I would say you are committing slow suicide but your not, you are on their side.

A three-month monitoring deal between Tehran and the United Nations nuclear watchdog expired on Saturday, Iran's parliament speaker told the country's state TV on Sunday, adding that access to images of nuclear sites would cease. The head of the International Atomic Energy...

They are doing all of this to erase all of Trumps accomplishments, implications be damned.
OP

Palestinian anti-semetic violence in the States.

I was quietly reading the news on my phone about a group of about 20 Palestinian terrorists, young people in their 20s, in a caravan of SUVs flying Palestinian flags. They pulled up in front of a Japanese sushi café a couple of miles from my house, in the lower part of Beverly Hills. 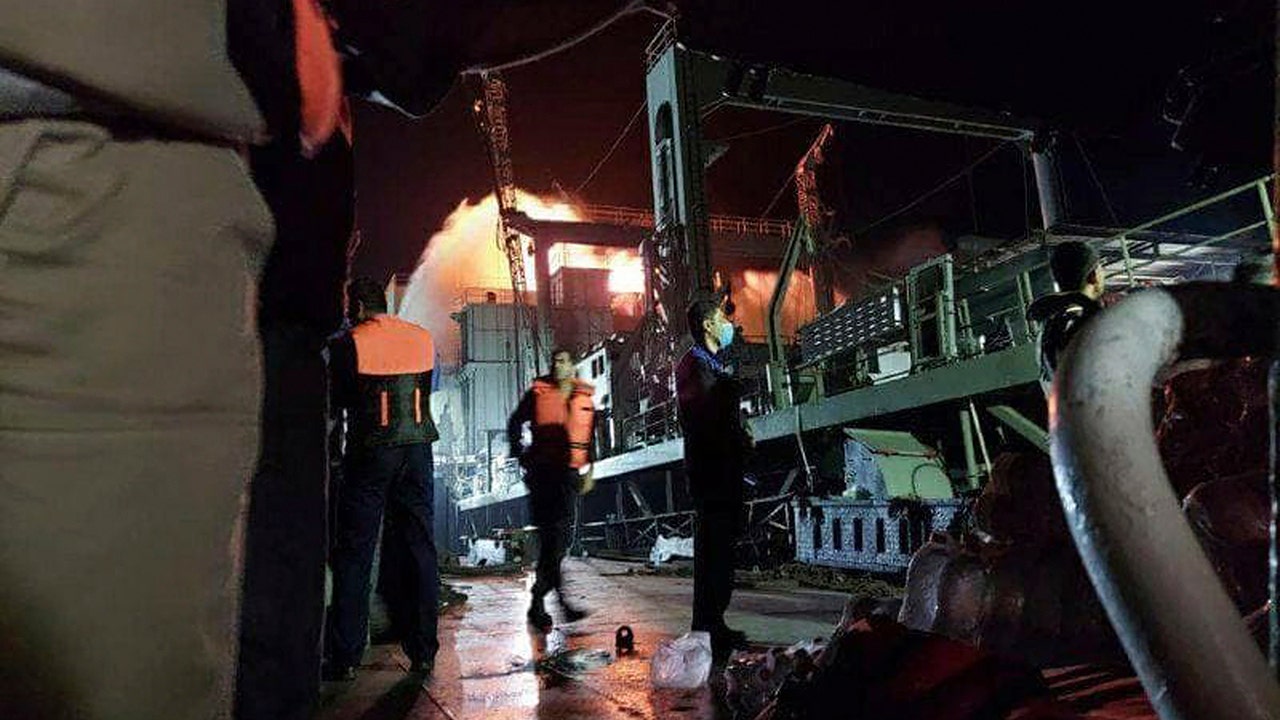 The Iranian navy's largest warship caught fire and sank Wednesday in the Gulf of Oman, according to reports.