This has been a really weird year in so many different ways—and a little bit of that weirdness is going to spill into the 2022 draft cycle.

Each year, National Football Scouting, one of two services used by NFL teams, releases its draft grades for the following April’s class in June. And normally, those grades only include the fall’s seniors and no underclassmen—not even the ones that everyone knows are coming out. Well, this year, things are complicated by the NCAA’s decision to give every player an extra year of eligibility in exchange for either playing or sitting out 2020.

So as we present, like we do every spring, the highest NFS-graded players going into the season, we have to do it with a caveat. Some fourth-year juniors are in here. So are some seniors and fifth-years who are able to return in 2022, if they so please. And some of that is based on whether schools helped the scouting service, and wanted their players to be part of the list.

With that in mind, here’s the NFS Top 20 going into the season.

1) Adam Anderson, OLB, Georgia: Anderson is 6' 5", 230 pounds, and was third on the team in pressures in 2019 (18) and second last year (24). The former five-star high school prospect also played extensively as a true freshman, and the combination of upside and position value will have NFL eyes on him in the fall.

T-2) Aidan Hutchinson, DE, Michigan: A fractured ankle cut Hutchinson’s junior season short, but the 6' 6", 269-pound edge defender was third-team All-Big Ten as a true sophomore in 2019, and strongly considered coming out after 2020, despite the fact that he’d have gone into the predraft process injured.

T-2) Roger McCreary, CB, Auburn: An All-SEC honorable mention corner last year, his first as a starter, McCreary has 21 passes defensed the last two years, and has flashed impressive flexibility that positions him as a real 21st century defensive back.

T-4) Matt Corral, QB, Ole Miss: I don’t think Corral, at the end of the process, is going to be a first-round pick. But seeing him this high after an up-and-down first season under Lane Kiffin certainly got my attention.

T-4) Brandon Smith, LB, Penn State: Micah Parsons’s opt-out opened the door for Smith to blow up in 2020—and he flashed potential as a traditional linebacker, as a pass-rusher and in coverage. That he’s on this list going into his true junior season tells me that he’s very much got his eye on the NFL.

6) Trevor Penning, OT, Northern Iowa: Kurt Warner’s alma mater has built an NFL pipeline of late, and it’s at least interesting that 2021 third-round pick Spencer Brown, now on the Bills, was kept on the right side by Penning. Penning’s headed into his fifth year and will be coming off an abbreviated spring season in the fall.

T-8) Charlie Kolar, TE, Iowa State: A Mackey Award finalist in 2020, Kolar’s another find from Matt Campbell’s program. He has size and athleticism, has been an All-America two years running and was one of a number of guys who came back because Campbell did.

T-8) Chris Olave, WR, Ohio State: A two-time All-Big Ten selection, Olave very nearly came out last year. And if he had, he likely would’ve been battling Kadarius Toney, Rashod Bateman and Elijah Moore for position among the class’s second tier at receiver. Instead, he’s returning to Columbus with a shot to go higher than those guys did.

10) Ali Gaye, DE, LSU: At 6' 6" and 262 pounds, Gaye made an immediate impact as a junior college transfer, and he has a shot to take things to another level in 2021, given his athletic potential.

And, again, there are a good number of really good names—Oregon DE Kayvon Thibideaux, LSU CB Derek Stingley, Alabama OT Evan Neal—that figure to go really high but aren’t on this list, because they’re juniors. But at the very least, the NFS grades can serve as a starting point for teams on the class to come. (Which is why I’m passing it along.)

Mac Jones’s progress is worth noting. And the feedback I’ve gotten on Jones is that he’s what the Patriots thought they were getting when they took him 15th—which is to say he’s a heady field general, if somewhat limited physically. But I would not make much of who he’s lined up with during the spring. More than a couple of people who know that program well, both in reference to Jones and other guys, have mentioned to me how Bill Belichick works reps this time of year. And really, it reflects that the Patriots aren’t in a spot where it’s “competitive” for jobs yet. Belichick uses May and June for teaching, fundamentals and conditioning, and mixes and matches players throughout. And he’s never been above using the sessions that are open to the media for his own purposes. The real test, to me, was always going to be in training camp, and more specifically when the pads go on. If Jones is out there with the first offensive-line group then, even if it’s just a percentage of those snaps, then I’d say we know something is afoot. And my sense right now is that Jones has done enough in the spring to merit a real competition with Cam Newton in the summer. 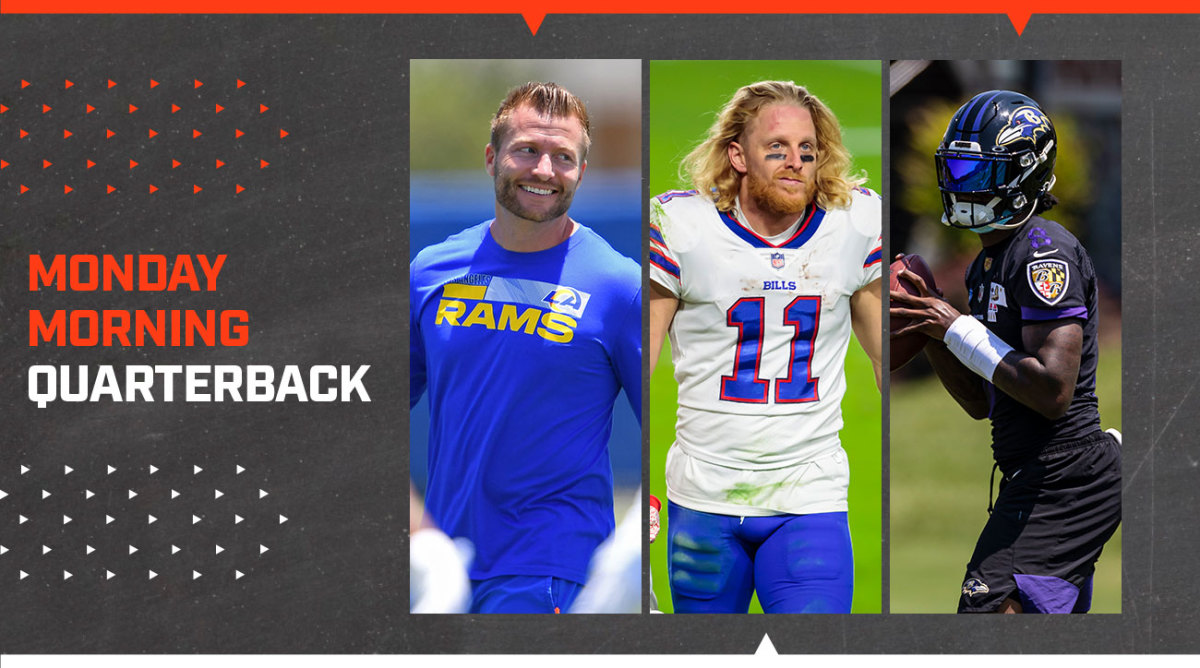 The Rams' coach is still the youngest in the NFL, as he enters what's unofficially the second phase of his career.

Brave man. Took a lot of courage to do this. 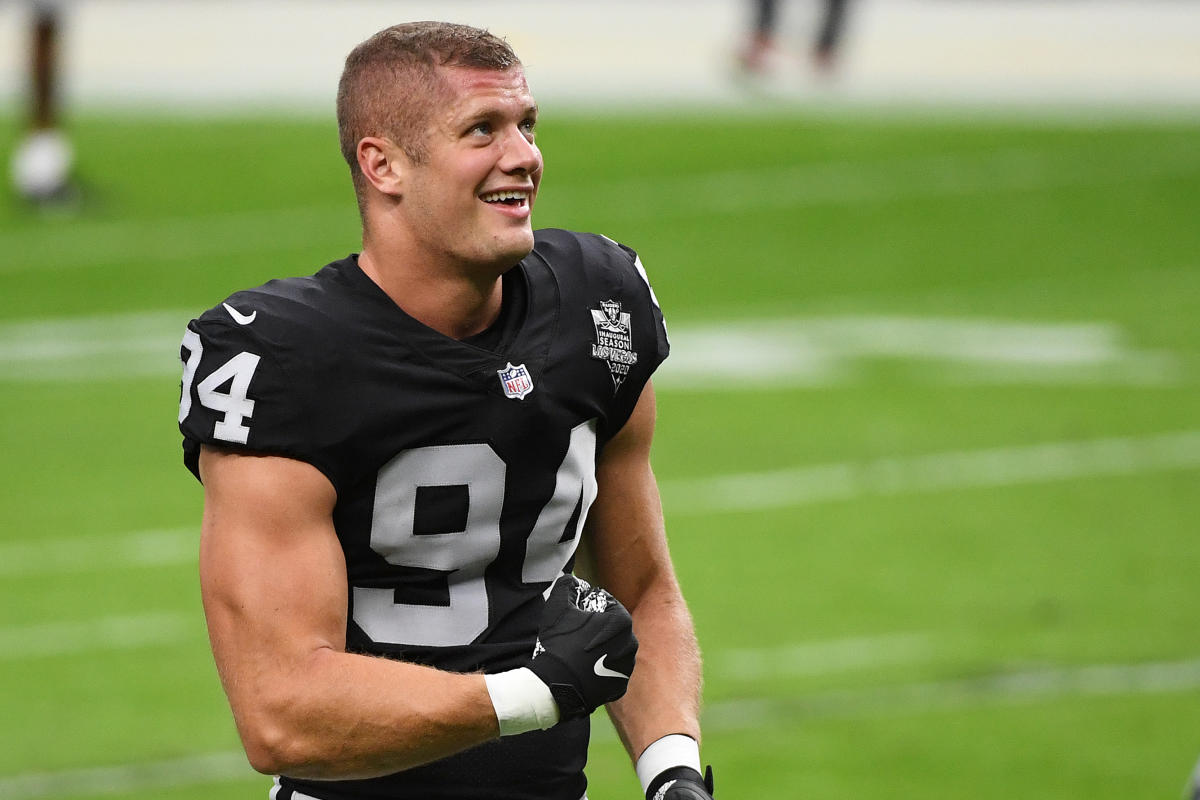 Raiders DE Carl Nassib comes out as gay, becomes first active NFL player to do so

"I’ve been meaning to do this for a while now, but I finally feel comfortable enough to get it off my chest."
www.google.com

This is just ugly. I'm not sure the colts have solved their qb problem.

OSUBuckeye said:
Brave man. Took a lot of courage to do this.

Raiders DE Carl Nassib comes out as gay, becomes first active NFL player to do so

"I’ve been meaning to do this for a while now, but I finally feel comfortable enough to get it off my chest."
www.google.com
Click to expand...

I wish it wasn't mention worthy. For me it isn't.

That was the "I wish" part. We agree. 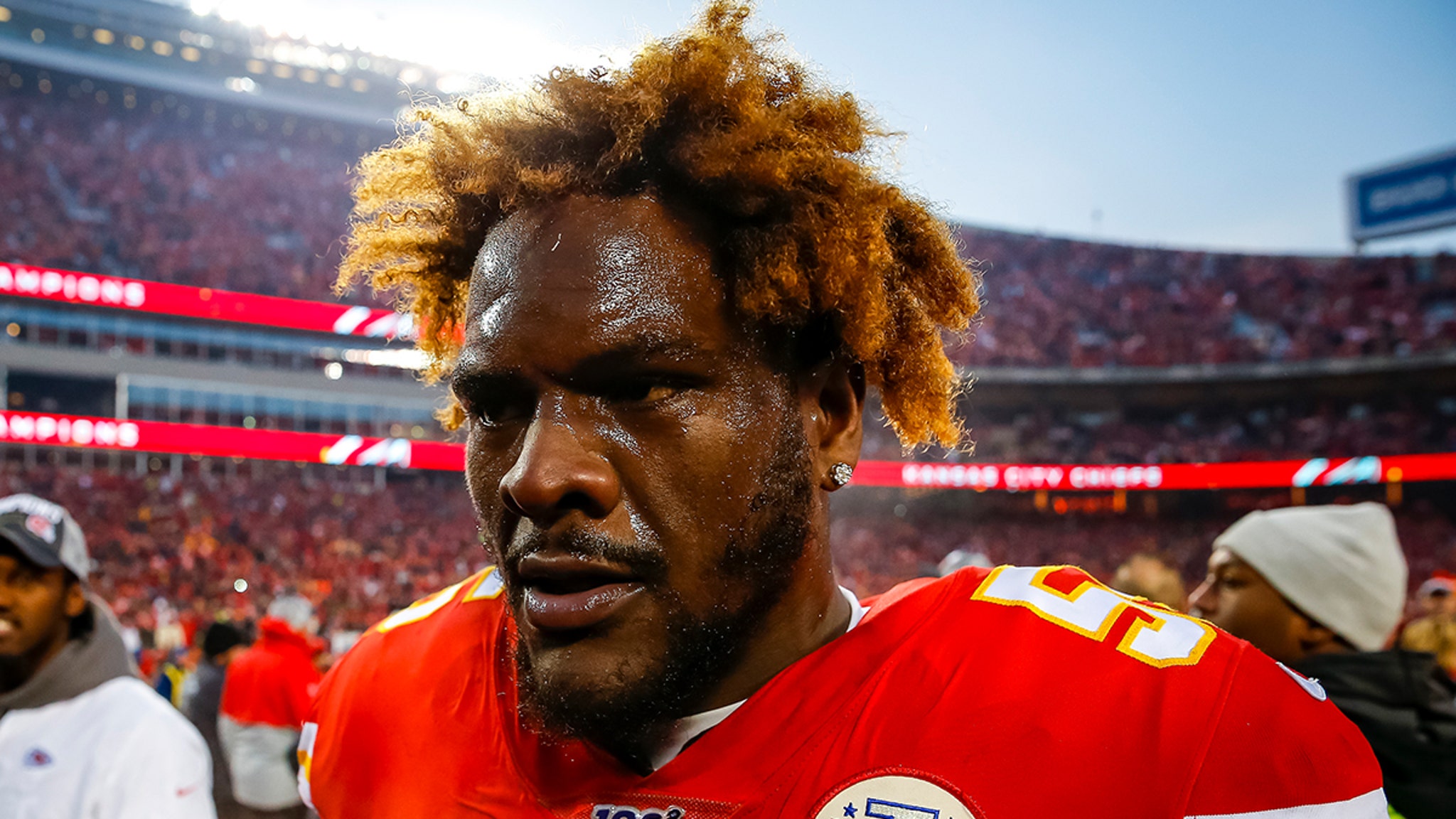 NFL star pass rusher Frank Clark -- one of the best defensive players in the league -- was arrested Sunday after cops say he had an uzi in his Lambo SUV ... TMZ Sports has learned.

Wasn't Michael Sam the first openly gay NFL player or did he not count since he didn't make it to the regular season?

Coltsfan2theend said:
Wasn't Michael Sam the first openly gay NFL player or did he not count since he didn't make it to the regular season?
Click to expand...


Never made it to the active roster iirc, bounced around a practice squad or two I think, but never played a snap of regular season football

WHat's that you say??? Another Chief in trouble with the law??? Hard to argue with this tweet.

Big things happening in the NCAA NCAA has no choice but to open the NIL floodgates - ProFootballTalk

The clock has been ticking for the NFL. The alarm is now going off.Monday’s narrow ruling from the U.S. Supreme Court and broad warning in a concurring opinion from Justice Brett Kavanaugh puts the NCAA on notice. Any restriction on the ability of individuals to get compensated, directly or...


I started a thread on this in P&C.

Could be an interesting discussion.

I don't know a lot about College Ball, but on first glance, this NCAA decision seems absolutely monumental? And yet I see very little real discussion about it on the airwaves?

Is this solely about players being able to get indirectly paid? So they'd be free to sign deals with Nike, Adidas etc?

Roberto71 said:
I don't know a lot about College Ball, but on first glance, this NCAA decision seems absolutely monumental? And yet I see very little real discussion about it on the airwaves?

Is this solely about players being able to get indirectly paid? So they'd be free to sign deals with Nike, Adidas etc?
Click to expand...


I think the decision could be we quite far reaching, having a huge impact on amateur status in sports.

Michael McCann is a law professor who is a dean, teaches a Deflatge course at the University of New Hampshire and writes legal columns for SI. He has been all over this from day 1. Can find him with a search or on Facebook.

Hmmmmm.
Well, Brady had kind of rough start last year which brought down his overall QBR.
He won't have that rough start this year.
But it is Simms, after all.

chevss454 said:
Hmmmmm.
Well, Brady had kind of rough start last year which brought down his overall QBR.
He won't have that rough start this year.
But it is Simms, after all.