Mazz22 said:
Is he not allowed to play where he wants? I mean the Fins just reloaded, plus he lives in FL. Why you think he owes the fans of NE anything is stunning. He helped deliver 6 rings. That really should be enough.
Click to expand...

"...the Fins just reloaded...". Unsurprisingly, you misused the word "reloaded." "Reloaded" presupposes that they were recently "loaded", became "unloaded" and "just reloaded"... The Dolphins haven't been "loaded" for years, thus it isn't possible for them to have "just reloaded."

Mazz22 said:
Is he not allowed to play where he wants? I mean the Fins just reloaded, plus he lives in FL. Why you think he owes the fans of NE anything is stunning. He helped deliver 6 rings. That really should be enough.
Click to expand...


You do realize that idolatry is a mortal sin in Christianity, correct?

What OTT fans like Mazz can't see is that, unlike Michael Jordan, Tom is actually very duplicitous. he is far too concerned about his public image and it stops him from saying what he really feels. Jordan never hid anything, if a player pissed him off he said it and I had to laugh when he was asked about the Pistons in 'The Last Dane' when he said 'Oh yeah, I hated them, to this day the hatred burns strong"

Jordan never put on a front. He smoked and gambled and never hid it. Bird was the same, always very honest.

Brady is like a political; spin doctor, you never know what he thinks. That dishonesty is blatant. As Skip and Shannon said on their show the other day, Brady in trying to be 'Mr Nice' has screwed himself a bit now with Arians. After praising Arians in the press, Bruce suddenly started appearing at practice and has now announced he'll be at practice every day giving 'advice' to Bowles and others. Now we know this is the LAST thing Brady wanted, he specifically un-retired on the understanding Arians would be there no more.

Just be honest Tom, say how you really feel. Nobody buys the PR BS that comes out of your mouth.
Last edited: Jun 16, 2022
P

So much for Brady being carried by his defense in the post-season. BTW, Brady had 29 playoff games where his defense let up 20+ points. The most of any great QB by a ton.

Being the usual fallacious poster as you are, I noticed that you haven’t posted what his record is when his team held the opponent to under 20 points. 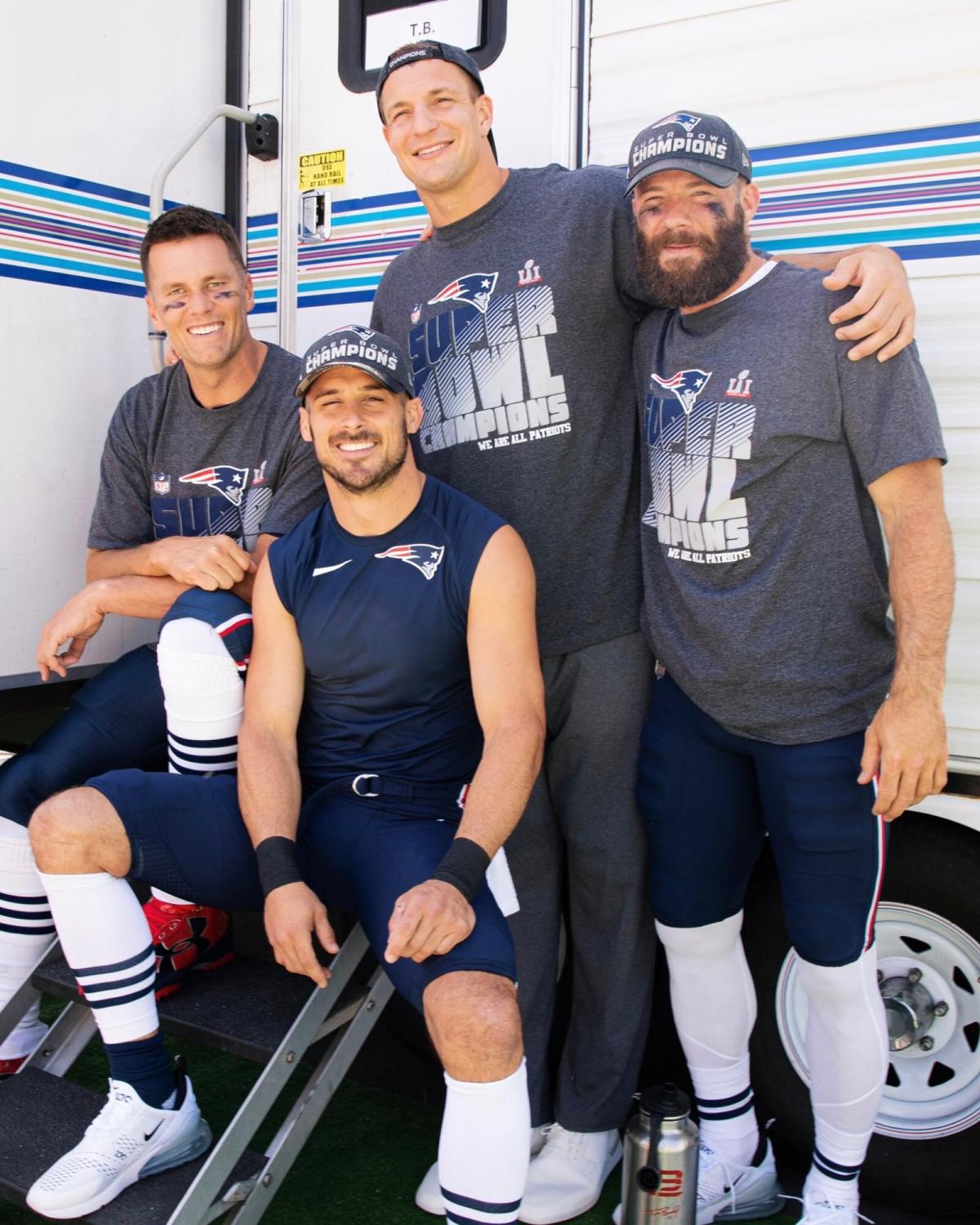 Tom Brady, Rob Gronkowski, Julian Edelman and Danny Amendola will all appear in 80 for Brady 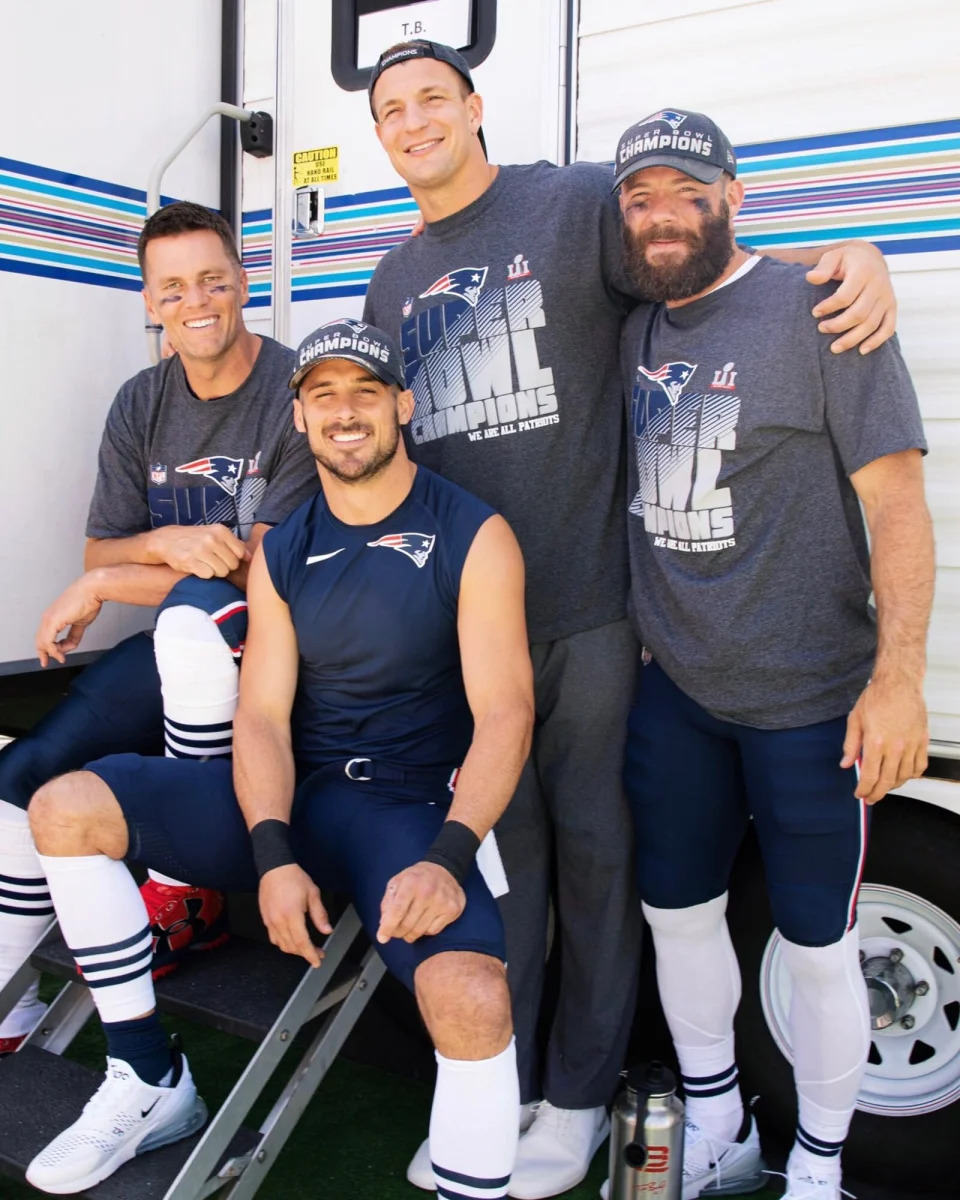 I'm surprised he didn't blur out the Flying Elvis in the pic. Most people who craft lists of the best quarterbacks in the NFL would not put 44-year-old Tom Brady at the top of the heap. The folks at Madden did.The quarterback ratings are out, and Brady has the highest number of all quarterbacks with a 97.Next is 2020 and 2021 MVP Aaron Rodgers. The Packers...

Age 45 next month and still the best.

I guess this ia a hurricane watch, perhaps to soon to be labled a warning (though I'm no expert on the exact difference), But it appears that at 8: 30 on the 27th of September, that hurricane Ian, now class III and still gaining strength, is headed straight at TompaBoy.

PatsFan09 said:
You do realize that idolatry is a mortal sin in Christianity, correct?