Ref Lockout is OVER

Who do you think is going to be placing those bananas in the tailpipes?
Posted via Mobile Device

My thoughts on this matter

Pyxis* said:
Who do you think is going to be placing those bananas in the tailpipes?
Posted via Mobile Device
Click to expand... 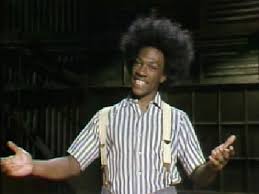 Hooray these guys are back!

I hope he gets a game that is on locally. I guess I will watch nfl games now that the strike is over.

Coltsfan2theend said:
I hope he gets a game that is on locally. I guess I will watch nfl games now that the strike is over.
Click to expand...

It was never a strike. The refs were locked out by ownership.

Here's an angle no one mentioned. I bet the bookies are all happy. Those guys must have hated the MNF game.... refs raised havoc with spreads.

Someone posted a figure during the mayhem on Sunday or Monday. The sum was staggering.
Posted via Mobile Device

patswin said:
Here's an angle no one mentioned. I bet the bookies are all happy. Those guys must have hated the MNF game.... refs raised havoc with spreads.
Click to expand...

You are correct, listening to 98.5 the other day and Ron from Vegas called in like he always does. He said he lost 10,000 on the GB game and would not bet on any other NFL game this season until the real refs come back. A lot of gamblers were going to do the same, I would think

I'm fairly certain Ray Lewis may have just gotten away with crunching Weeden late on a 3rd down here. BOOOOOOO! THESE REFS SUCK! BOOOOOOOOOOO!

Cletusaurus said:
I'm fairly certain Ray Lewis may have just gotten away with crunching Weeden late on a 3rd down here. BOOOOOOO! THESE REFS SUCK! BOOOOOOOOOOO!
Click to expand...

I likewise expect the boo birds to be back in very short order - "old" refs or not. One unwelcome PI flag and . . . BOOOOOOOOOOOOOOOOOOOOO!!!

I see the Ravens OLine is getting a lot of hold calls tonight...

imapig said:
I see the Ravens OLine is getting a lot of hold calls tonight...

I was thinking the same thing

From a purely aesthetic angle, it was nice to hear penalty calls that did not turn into questions.

Thank you Bedard..sick of "real refs" facing no blame for this situation.

NFL officials are as much to blame as owners

The NFL officials were welcomed back as saviors Thursday night for the Browns-Ravens game in Baltimore.

The adulation is sure to continue this weekend with the rest of the Week 4 slate, including in Buffalo, where the Patriots take on the Bills.

Might as well have the officials carried into stadiums on palanquins by fans. Players and some coaches would probably join in.

The officials had just as much to do with the game being held hostage for the first three weeks as NFL owners or commissioner Roger Goodell.

It’s just easier to demonize owners, with their sweet suits and private jets. And let’s be honest, they deserve the criticism. They aren’t stewards of the game, they’re overseers of the bottom line.

But don’t let the officials skate on this.

According to sources with the NFL and the NFL Referees Association, both sides were dug in until they realized the breaking point was coming in Week 4 — because of competitive-balance issues when bye weeks start — and then the tipping point of the Monday night fiasco in Seattle.

Both sides finally saw the possibility they ignored for the sake of doing business: a team, the Packers, being robbed of a victory by a blatant missed call (or three) on the Fail Mary that gave the Seahawks a cheap 14-12 victory. Not that you could tell from Pete Carroll’s ridiculous celebration.

“This isn’t a perfect business. It’s a bit imperfect, in a sense,” Patriots owner Robert Kraft said Thursday from New York, where he was on hand for the negotiations. “I had talked with Drew Bledsoe and he reminded me that he had to come out of the locker room twice when he thought games were ended.

“Even the regular refs, it’s been a struggle at times. They are the highest qualified, they do a great job, and I think these replacement refs had a great deal of scrutiny on them. We just wish it had never come to that.”

Well, it did. And those who love and take part in the game were the ones hurt.

After the Inaccurate Reception, the sides finally buckled down and hammered out a deal.

Well, sorry if I don’t stand up and applaud either side.

A group of grown-ups finding predictable middle ground while making the country’s most popular sport a punch line and taking advantage of the loyalty of fans?

You should be slapping them upside the head, not on the back.

Look at the deal they hammered out. It came down to two areas of negotiation.

The union wanted to protect jobs by resisting the NFL’s effort to open up an avenue to full-time officials — most officials want to keep their current full-time jobs — and to replace underperforming officials, even during a season.

“Anyone who is a half-decent businessman knows the money is always an issue, but it was not the main issue,” Kraft said.

The owners knew they could break the union, if it came down to it, by replacing all the referees after the good college officials finished their seasons.

The referees used their expertise with the rules, experience in the game, and integrity of the game for leverage.

And both sides knew the fans and the integrity of the game would be caught in the middle.

“We are sorry to have to put our fans through that, but it is something that in the short term you sometimes have to do to make sure you get the right kind of deal for the long term and make sure you continue to grow the game,” Goodell said.

Fans and the game were collateral damage. And the owners and officials were fine with that.

The owners wanted to fatten their wallets a little more. The officials wanted to protect their cushy part-time gigs, ridiculously good benefits, and jobs, even for the weakest officials.

In the end, the sides came to a reasonable compromise.

On the pension, new hires will get the 401(k) immediately, and veteran officials with less than 20 years service time will be brought into it in five years.

On the personnel side, the NFL can start hiring full-time officials next season. And the league can start training other officials to use down the road.

A reasonable agreement. And one that could have been reached before the season if either side truly cared about the game and the fans.

“You can’t always force an agreement at a particular time,” Goodell said. “That is the frustrating thing about labor-management negotiations. You have to move people to a place that they are comfortable making the kinds of concessions and long-term commitments that are going to be necessary that improve our game for the long term. I think that is where it got to.”

Goodell, who is paid a lot of money to do the dirty work for his 32 bosses, also deserves criticism.

Since being named commissioner Sept. 1, 2006, Goodell has alienated his two largest constituencies: fans and players. Unfortunately, they don’t pay him; owners do.

Along with overseeing lockouts of players and officials, Goodell burned the evidence from Spygate, kept at least some of the evidence from the bounty scandal private, battled with retired players, and created a punishment system that at times lacks consistency and due process.

But his bosses are thrilled with Goodell and have given him a raise.

Doesn’t that kind of say it all?

Goodell and the owners operate on the premise that because money, television ratings, and the popularity of the game increase every year, they must be doing a good job.

It’s almost comical that they think that is related. Correlation does not imply causation.

But the hands of the officials are just as dirty for the travesty that was the first three weeks of the season. They wanted to keep their pensions the way they were, and to keep young and upcoming officials from taking their jobs.

So the groups charged with protecting the game — the owners off the field, and the officials on it — put their own interests ahead of it.

Remember that when you have the urge to thank either side for order being restored this weekend.