Steph Stradley Goes Off On Easterby, McNair And Their Choice of Caserio As GM

She wrote this in response to Caserio's press conference for publication in the Houston Chronicle for all Texans fans to see. She is not happy.

Since the announcement of the formation of the Texans, I have followed the team closer than is medically advisable.

Firstly, because I enjoy watching football and having a local team to watch and the energy from that. But also, as sort of a case study of how to build a sports organization from scratch, and more specifically, what works and doesn’t work for winning NFL football.

The strategy of that on every level is fascinating to me. Eventually, by default, I ended up being a person who paid too much attention to the Texans so others don’t have to.

“Please wake me up when they are going to be good.”

When you read this, please read it in the descriptive and not the pejorative. I am unemotionally dissecting the events of the day because just describing it factually is bad enough and requires blood pressure medication and the like for some.

Ultimately, I would like for the energy around the team and the fanbase to be better, for winning football to happen, and read this with that author’s intent.

You already have enough going on. I don’t want to make it worse.

What were the main takeaways from the press conference?

I was not able to ask a question in the press conference because it was limited to 45 minutes and I wasn’t called on. Before writing this, I reached out to the team to see if I could get comments on any of these subjects which was not able to be accommodated.

There will be another press conference — hopefully for fans better than this one — when the coach is announced.

Texans chairman and CEO Cal McNair talked about how important culture and trust were for the team. He talked repeatedly about how things aren’t that bad, without discussing in depth the existing culture issues and the bad energy from the players.

He said this would not be more of Patriots South.

The new GM, Nick Caserio said his vision for the players to be “selfless,” “team and others before self.” He used many examples of the Patriots to support his views. He reinforced how important Jack Easterby has been in his life personally, and that he is going to rely on him but not for personnel.

He discussed in depth his college football career which showed his enthusiasm and in practical terms, ran out the clock of the press conference.

What are the lessons that should be learned by the Texans but apparently were not by the choice in Caserio and his embrace of Easterby going forward? So many but here’s some.

Anyone taking the Texans head coaching job is going to have to be cool with Easterby. Good luck.

During the process, Cal McNair said this was going to be the GMs decision, and clearly Easterby is staying.
So many quality coaching candidates, who have options on where to go, are marking the Texans off their list unless they are fine with this, and/or wildly overpaid.

By far, the biggest winner of this Texans press conference was Nick Caserio and Jack Easterby’s shared agent.

Keeping someone’s with Easterby’s background and the ear of the owner, and the pain he has caused this organization makes Caserio look like someone just rewarding his pal versus someone who understands this organization at all.

Much much more. The girl's on FIRE! 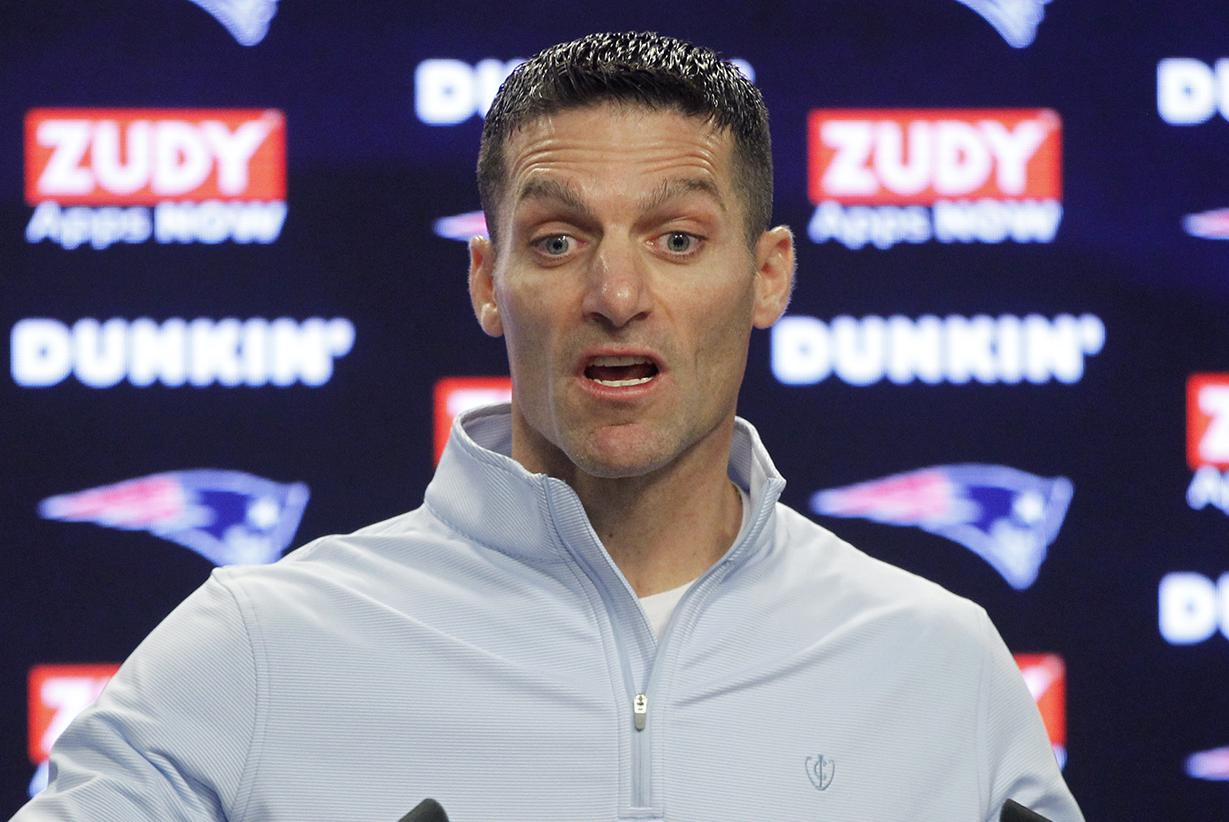 Well, at least she held back a little. LOL
OP

For those who don't know, Steph is an attorney and a huge Texans fan. She defended Brady tooth and nail during the deflategate idiocy.

Steph is rarely wrong, and is extremely thoughtful and intelligent whenever she writes about anything. Go, Steph!

I just hope this year's draft goes really well, so we know Caseiro won't be missed as much.
OP

For a deeper understanding of the McNair-Easterby relationship & why McNair doesn't see the problem...and that Easterby is responsible for the Hopkins trade - BO'B was made the scapegoat. This LARPing (live-action role-playing) game with hundreds of millions of $$ at stake is incredible to me. Easterby is a very dangerous man. He's a hair away from a cult leader if he's not already one.

There are many megachurches in Houston - riversmccown.com

If you actually read this post, and you’re going to respond to me on Twitter about it in good faith, please use the hashtag #ReadThePiece. I know this sounds silly, but it’s an easy way for me to separate responses that I want to honor with a real answer from people who just want to … Continue...
www.riversmccown.com

As far as the consensus building goes, Easterby’s LARPing campaign as Texans GM was a lot louder when he was part of the committee. The committee could afford to believe that replacing DeAndre Hopkins with David Johnson would work. Hopkins, after all, would give footballs to his mother in the stands, which is dangerously close to glory. David Johnson, one imagines in Jack’s mind, calmly recited Psalm 34:18 as he waited for each gap that would never open. But once O’Brien ran out of HP and the decisions could actually be traced back to him, Easterby treated even Kenny Stills like an Elixir. You don’t want to waste that in a random battle, what if a third-round pick came in return? Let’s wait by the phone and see.

The most important part of the McNair family is that once you’re in with the McNair family, you’re there through thick and thin. A lot of faith is placed in you. Gary Kubiak coached here for eight seasons. Bill O’Brien for six and a quarter. Both of them had issues that would topple coaches in hotter markets fairly early.

But a family can only be as strong as the faith placed in it by all members. You’re reading this and you haven’t clicked out yet, so you’re part of my greater readership family. If you suddenly decide that I’m bad at this, the family dissolves. If I suddenly decide that I’d rather never write about the Texans again — maybe more of a possibility than it should be — the family dissolves. There’s a spirit of cooperation implicit in both a family and church structure where we don’t always do things we want to do for the greater good. People we are obligated to listen to. These are generally shared values. They are values that the Texans are trying to project on to their team and roster, yet they are ones that ownership is happy to overlook when applied to the family in charge.

When you hire opportunists to be family, and they are given a chance to seize more power in the family, they will. It’s how Bill O’Brien got Rick Smith out of the building. It’s how Easterby knifed Brian Gaine and, later, O’Brien. Opportunists can read the room and understand when a challenge is ready to be faced and how to avoid it. There are lofty standards about how the players and staff supposed to act and be, but they are applied inconsistently.


Easterby was supposed to be O’Brien’s right-hand man, but he understood that keeping power would not be easy after an 0-4 start, and distanced himself. O’Brien distanced himself from Smith because he was never interested in sharing power, something that was evident to anybody who watched their interactions on Hard Knocks. These people may have been “family,” in the sense that they lived with each other, but they don’t live up to the ideals and values that McNair set forth for them. They haven’t done things “the right way.” Easterby’s play to get close to McNair was easier than probably even he expected. To be fair to McNair, promises towards shared values and faith look damn good compared against O’Brien’s belief system of nihilism, inside zone, and the Yankee concept. To McNair, Easterby must have had an aura of extreme competency.

Because they can present themselves as people who did things the right way to someone without a discerning eye, they can be Houston Texans family and eat the family too.

Having subjected myself to a couple of different Jack Easterby sermons in the grander service of trying to understand how someone could be under his sway, there is little but enthusiasm there. The nervous energy he puts out as he spins his yarn is no different than a fourth-tier YouTuber asking for you to like and subscribe mid-video. His major sermon, and the thing that his foundation is named after, is The Greatest Champion. It goes a little something like this:

In the world that Easterby preaches, we are all “a mess” (his words) in the eyes of God. The way that you create your value isn’t through results, but through process and belief in the process.

There are many megachurches in Houston - riversmccown.com

If you actually read this post, and you’re going to respond to me on Twitter about it in good faith, please use the hashtag #ReadThePiece. I know this sounds silly, but it’s an easy way for me to separate responses that I want to honor with a real answer from people who just want to … Continue...
www.riversmccown.com
OP

The drama is interesting for sure but if this mess helps Miami land Watson, it is disastrous for us.

Wow, the Texans have to make a choice. They hold onto their franchise QB and build on it and get rid of Easterby, or they don't.

The latter will set the team back years and lose them a chunk of fans.

Houston is a terrible team. They should be far better being in the 4th biggest city in the US, a huge football fanatic catchment area, wealthy city, wealthy owner etc etc. I know those factors do not mean a team should be successful, it still comes down to coaching and players, but the team is letting down its big fanbase badly. 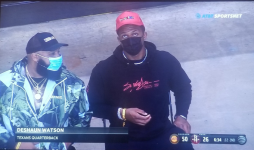 Inspector_50 said:
It was fake.

Ah...photoshop wizardry should be punishable by 50 lashes.

This is an easy one...boot the EasterBunny. Let him start his own 501c3 non-profit cult somewhere else.

chevss454 said:
Ah...photoshop wizardry should be punishable by 50 lashes.
Click to expand...

They get me all the time. I have got to where I look up everything anymore.

There's a whole lot of difference in Easterby's role here vs in Houston.
BB limited his role to that of Chaplain here. BB understood by reputation that Easterby is ambitious and seeks power. BB prevented power grabbing from happening.

Easterby had McNair's ear the day he went there and McNair gave Easterby the power he wanted all in the name of faith & religion. Chaos ensued.
McNair continues to stand by Easterby after firing the GM, making BO'B the GM, then GM by committee, firing O'Brien, trading Hopkins and the team doing badly.
Fans were livid over changes made in the name of Patriots South. Now Caserio comes from the Pats. Fans, players and media are fed up.
You must log in or register to reply here.
Share:
Facebook Twitter Reddit Pinterest Tumblr WhatsApp Email Share Link
Top