Mazz22 said:
Holy cow! That is pretty big news if true. I have not seen this story picked up at all in our media yet though so we'll see if it gets substantiated. I can't imagine Bill/Josh covering for Cam's stupidity by lying and saying he hurt his hand at practice if it was really from a fight.
Click to expand...

I can't remember Belichick EVER talking about a player's injury with the press. The hand on helmet is all over the media, but I haven't seen a Patriots source say that.

Would appreciate a link.

aloyouis said:
No idea. Tricky for sure.
Click to expand...

Not so sure. Bill has a plan for everything, even things that have never occurred yet: I did what I thought was best for the team.

spacecrime said:
Not so sure. Bill has a plan for everything, even things that have never occurred yet: I did what I thought was best for the team.
Click to expand...

Just because I don't have a clue what he should do doesn't mean he doesn't.

I’ve got a brother who I work with everyday.

If that’s what happened I get it.

rivshark86 said:
I’ve got a brother who I work with everyday.

If that’s what happened I get it.
Click to expand...

I just could not find anything else on it other than the tweet. Now I am not saying it didnt, but if it did, its being kept pretty quiet from any beat writers. Which for the most part they good ones try and do, but if Volin hears something, it will be out.

Sounds pretty cricket to me. 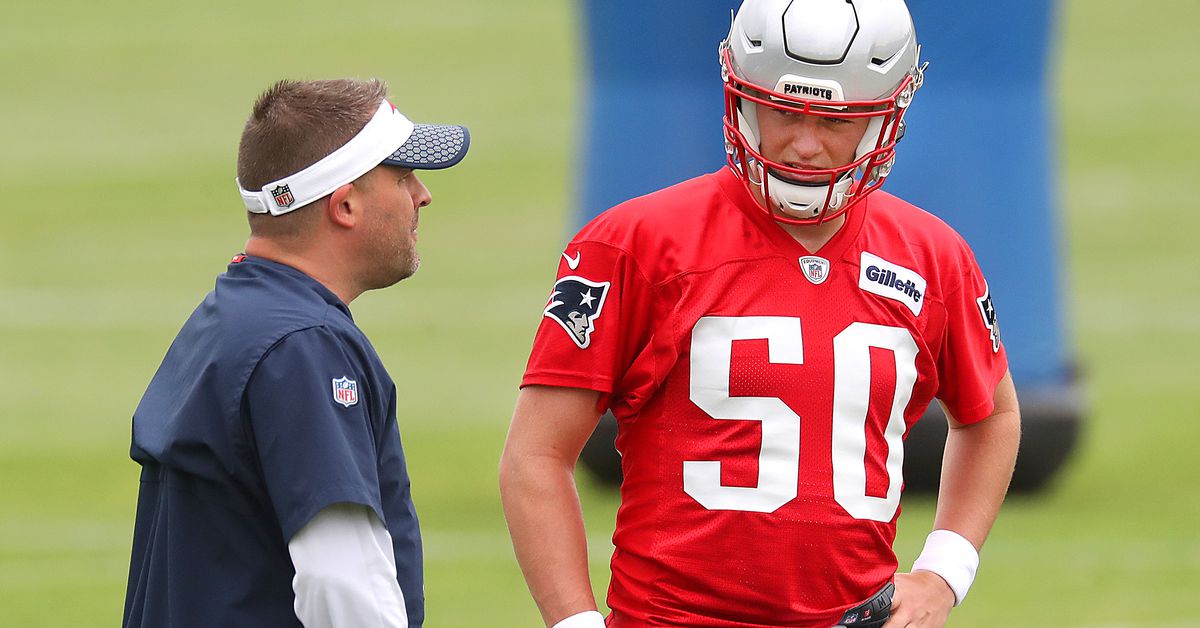 Awesome news! I am really looking forward to mini camp and TC to see how far he can progress with timing/execution.

Preseason games are must watch this year.
OP

Hightower is on the field today along with KVN, Slater, JCJackson and Harvey Langi

So, it appears that Mac Jones has been throwing shorter passes than his competition at OTAs and that has been noted a few times and contrasted to Hoyer, who
hit on some deep passes this morning and was praised for it.

Throwing short and being conservative to create a base area to build on is exactly what Mac should be doing at this point, so I'm happier
reading that than if he was slinging it all over the field trying to be an instant Wonderboy. That is exactly how Brady got to stay on the field when he got his shot in year two. He
controlled the clock, found the open man, moved the sticks and didn't turn it over.

I'd look for a similar arc from Jones who probably knows exactly how Brady started his career here and will try to emulate that kind of development.

I won't be holding my breath looking for spectacular performances from him through training camp. All I want for now is him not to be lost and reports are
that he hasn't shown any signs of that. Bill said that he's got "a pretty good understanding of the things that we do", which is would not be particularly high praise from
one of the other 31 coaches in the league, but it's exactly what we need to hear this early.

spacecrime said:
Look, in case you truly are confused and not trolling for effect, you said Newton wasn't great because he wasn't consistent and went on a rant about him, responding to Roberto who was merely giving an example of what I said about pre-judging players and then finding data to support that decision as opposed to analyzing pros and cons. No one said Cam was or wasn't great except you.

All you're doing is twistng and highjacking a discussion between me and Roberto. I'm trying not to be too harsh, but it is beyond getting tiresome.

Not hard to guess who you are talking to.

Undertaker #59* said:
Preseason games are must watch this year.
Click to expand...

Could not agree more. Lots of players and combinations to watch this year.

Some one asked about Ronnie Perkins. It has been rather lean picking about him. 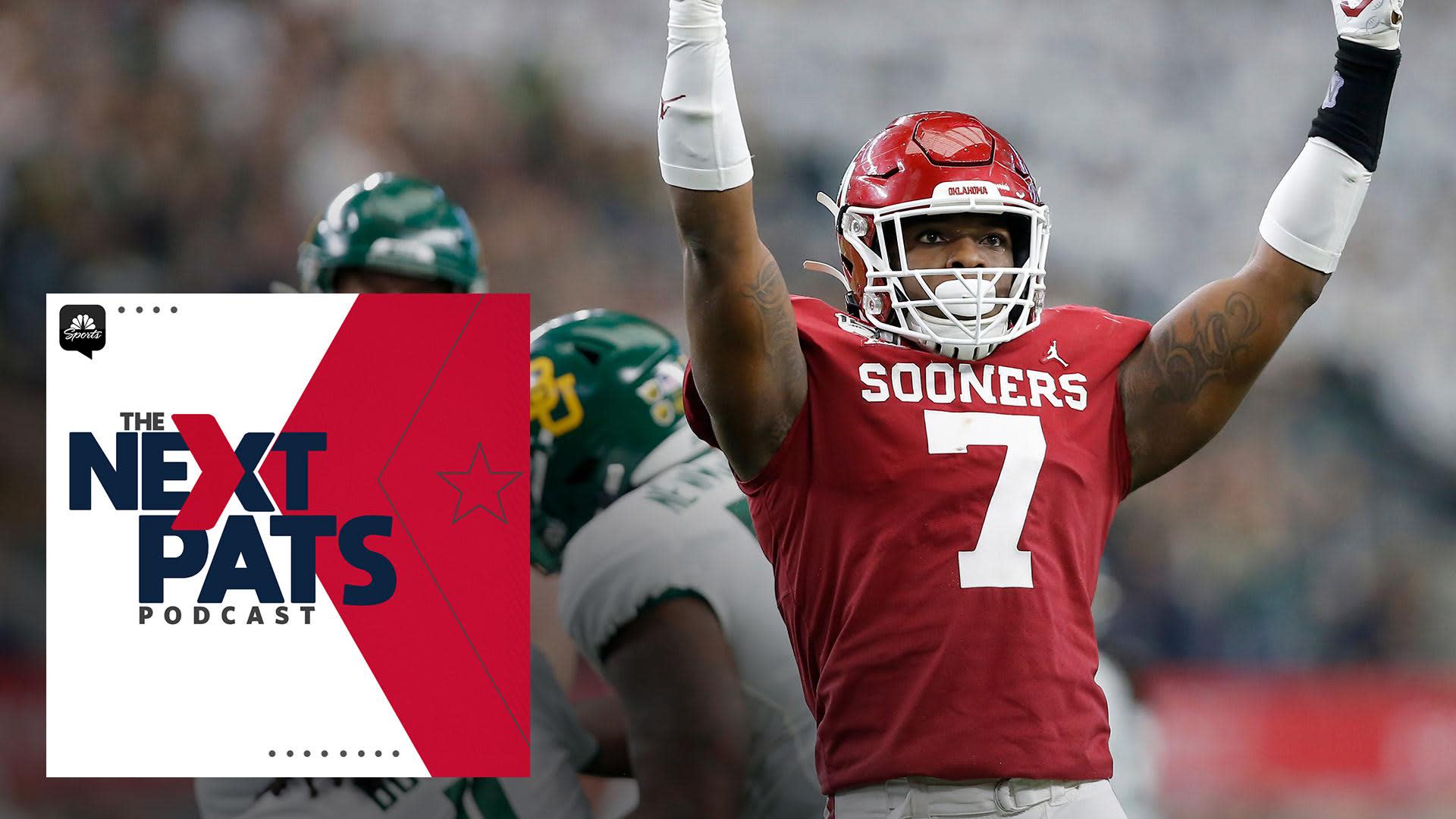 Next Pats: How will Ronnie Perkins' game translate to the NFL? 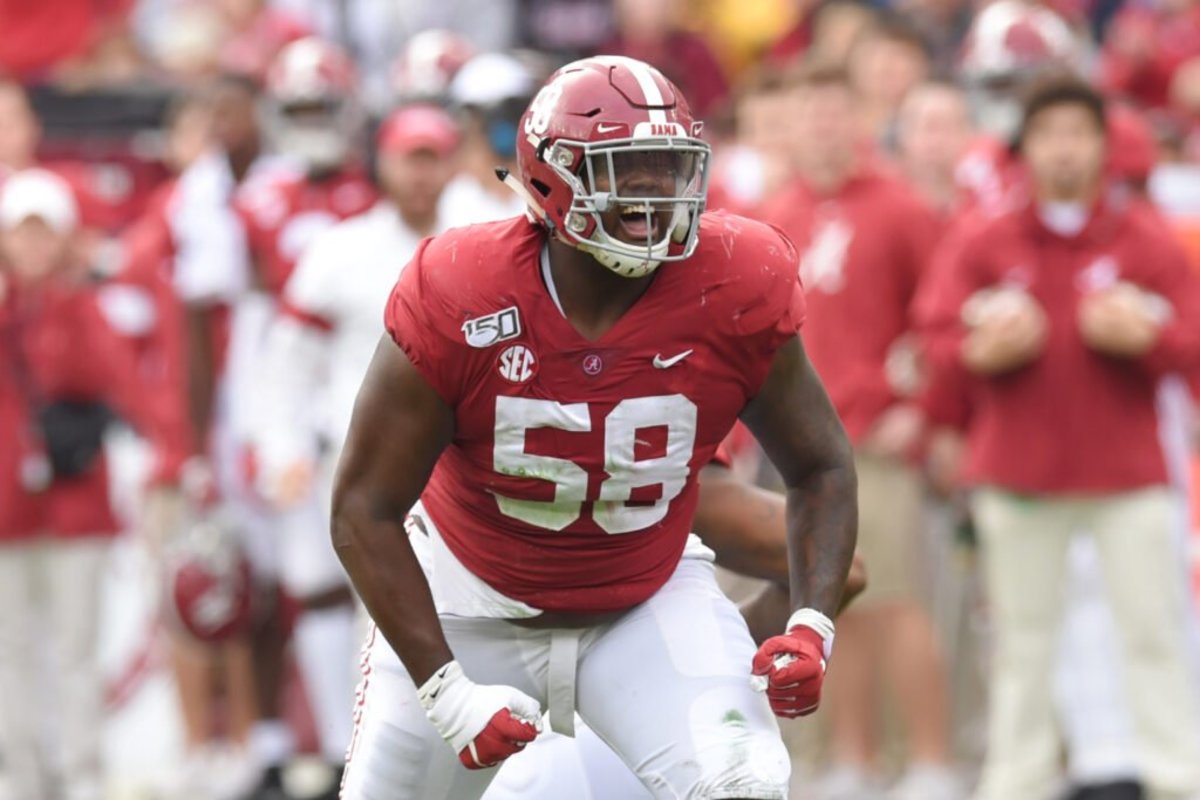 Patriots-Lifer said:
Some one asked about Ronnie Perkins. It has been rather lean picking about him.

Next Pats: How will Ronnie Perkins' game translate to the NFL?


I think that there would be more interest if we didn't already have a number of good players who figure to line up
at Edge and are similar in size, etc. Uche, Winovich and Judon to name 3 and we can only play so many.

I think Barmore should get more snaps simply because he is the biggest guy we have on D and there isn't the same
level of competition.

If Perkins ends up playing a ton this season then I'll be mildly surprised, but it's shaping up to be the best pass rush we've
had in a long time even if he doesn't.

Based on what little I've seen of him, highlight clips and so forth, Perkins plays a lot like Uche.

Patriots-Lifer said:
Not hard to guess who you are talking to.
Click to expand...