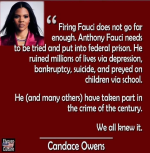 and the governors who locked down their states. malpractice.


OH NOEHZ the deep state has gotten to Tommy Tuberville too! 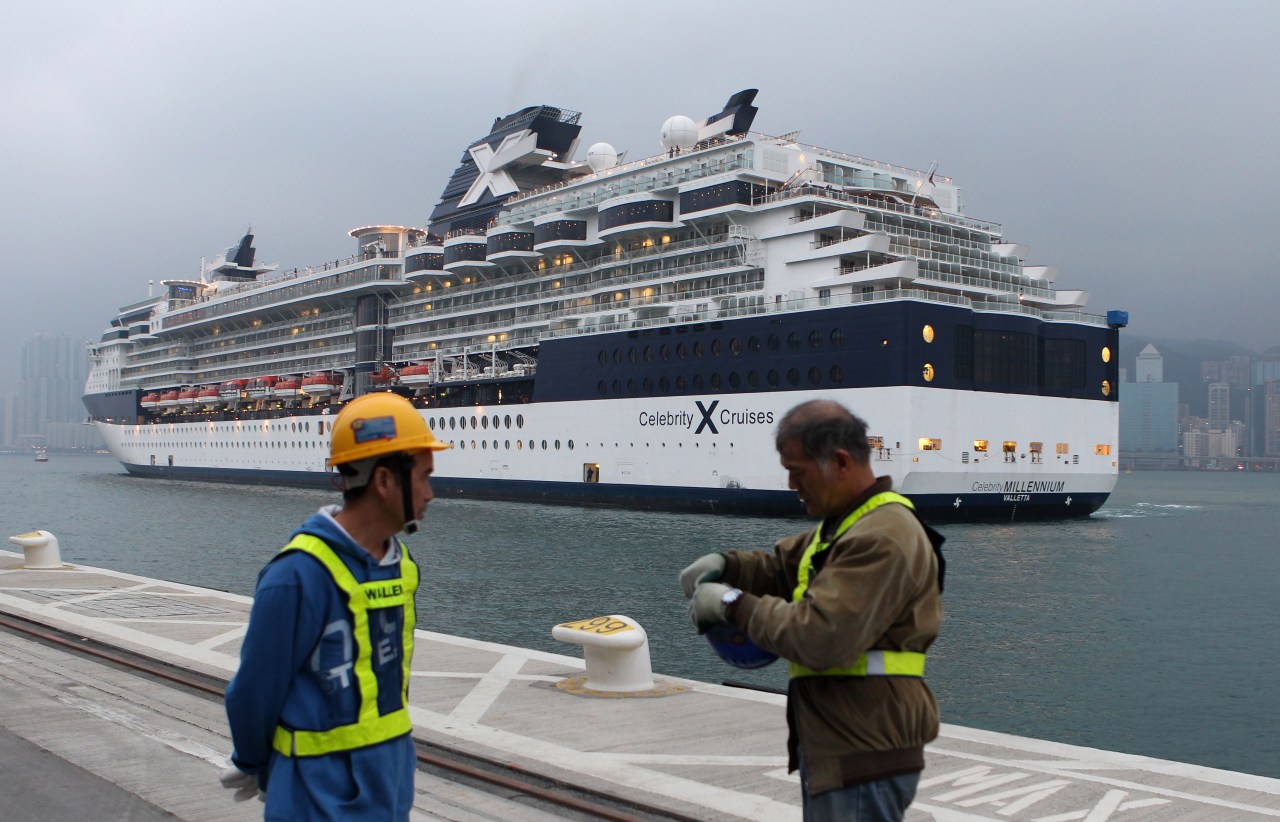 Two people on the first cruise setting sail from North America since the pandemic tested positive for COVID-19 at the end of the cruise.

Cruise full of people who got the covid shot and shown proof of negative covid test, two people still got it.
OP


Mea culpa: I spent a lot of time on these here digital pages defending Dr. Anthony Fauci. Brother, was I wrong. Fauci is a stone-cold liar. And if he’s not a stone-cold liar, his only defense is that he is a fraud. Either way, shame on him … and me.

For months Fauci has been everywhere, all over TV, urging Americans to lock themselves down, to abandon their jobs, their sick and dying family members, the small businesses they spent their lives getting off the ground; he urged us to drive our economy into the dirt, pull children who desperately need structure out of school, forgo once-in-a-lifetime graduations and graduation parties, cancel weddings and vacations…
Fauci’s message was clear, militant, terrifying, and relentless: If you don’t do these things, if you don’t sacrifice these things, if you don’t give up your liberty and prosperity, you are no better than a serial killer. The coronavirus is a unique and deadly killer, a particularly infectious and fatal disease unlike anything we’ve seen in more than a century.
And because Fauci became America’s trusted scientific (and moral) authority, because he assured us he spoke only as a scientist and infectious disease expert, because he assured us he would always tell us like it is, and do so at any cost because public health was his only priority, look at what happened…

A woman was arrested for reopening the business that fed her family. Christians were persecuted for attending church in the safety of automobiles. Teens were held up to national ridicule for behaving like teens in Florida and the Ozarks. Countless Americans suffered untold anguish after hospital visits were forbidden and funerals canceled. Everyday Americans were relentlessly demonized for daring to speak out or even question the Holy Writ of Fauci…
And God help those who came out to protest the lockdowns, because bitter, power-hungry tyrants such as Gov. Gretchen Whitmer (D-MI) and the hate-filled media that empower her, waved the Holy Writ of Fauci to justify smearing these Americans as racists and punishing them with lockdown extensions.

All this was allowed, all the inhumanity, all the flagrant violations of our Constitutional rights, all these Kafka-esque rules that protected Big Businesses like Walmart and further empowered massive corporations like Amazon, while small business withered and died. Democrat New York Mayor Bill de Blasio was finally allowed to openly practice his antisemitism… All this was excused and even made virtuous by the Holy Writ of Fauci and the Cult of Personality he allowed to build up around his heroic fidelity to facts, science, and public health.
Well, we now know Fauci is either a fraud or liar.
We know this because for ten whole days Fauci said nothing as the Perfect Infection Storm hit America, as massive violations of social distancing and lockdowns took place all across the country (including the Ground Zero of New York City). There it was, everywhere… Fauci’s nightmare scenario come to vivid life: crowd after massive gathering after mob after parade… Protesters and rioters shouting, shoulder to shoulder — and Fauci said nothing… And when he did finally speak out, it was to squeak on some local radio station.
Worse still, Fauci said nothing as the very same sanctimonious health care workers and “experts” who used the emotional blackmail of “We’re at work for you, stay home for us” came out in full-throated support of leaving home and gathering in massive crowds.

So, which is it…
Is Fauci a fraud or liar?

Was all his talk about concern for public health, his duty to tell it like it is no matter the personal or political fallout, just a big lie? Is he a fraud who still believes these mass gatherings are a nightmare scenario, but is unwilling to use his massive public platform to say so out loud because shaming protesters who hold the “approved” views among America’s hideous elite would risk Fauci feeling the disapproval of those elites?

Or is he a liar, does he in fact know the coronavirus is nowhere near as deadly as he played it up to be? Is he a liar who misled us into agreeing to destroy our amazing economy in order to undermine the Bad Orange Man’s re-election?
Either way, Fauci’s a sociopath. Either he’s a sociopath who furthered his political ambitions and abused his authority and public trust to talk hundreds of millions of Americans into shattering their own lives and mental wellbeing when there was no real danger, or he’s a sociopath who chooses the good opinion of elites over raising the alarm to save the lives of thousands and thousands of protesters, and the countless millions those thousands will infect.
What kind of man raises the alarm about the fact the black population is disproportionately killed by this virus and then remains silent as the black population gathers en masse, and remains silent as his fellow healthcare workers openly encourage the mass gathering of black America?

I’m almost as disgusted with myself for trusting Fauci as I am with him.
Never again will I trust the “experts.”
Fuck them.
Fuck them all forever.

The entire family and I drove 185 miles each way to Kalamazoo Michigan today to visit with my brother-in-law and his wife at a park. We haven't seen them since January of last year. We have been particularly close with them over the years.

Both of them are multi degreed, highly intelligent people who had extremely productive careers in the tech field before retirement. They are both healthy, vaccinated and my age (53).

This was their first venture out of the house since last March. They refused to meet with us at a restaurant so we baked at the public park in 90+ degree heat. No customary hugs; not even a handshake. We sat and ate lunch together on park benches for a couple of hours. It was well worth the five hours in the car. They are really good people and we missed them.

On the way home my young adult children and I had a conversation around just how we got here with some folks reacting so fearfully and remaining fearful even today. My brother-in-law stated multiple times that he felt that he was 8 to 10 weeks away from being able to participate in society. Example: This clean cut former EVP had not had a haircut since Feb. 2020. He explained that he realized that his fear was irrational but it was unavoidable for him and his wife.

Today has been a bit of an epiphany for me. I am now both more understanding of the people I see driving their cars with masks on (etc.) and more angry of what we allowed our government to do to us.

These are smart, wealthy (self-made) people that have lost 15 months of their lives they can never get back. They have also lost a part of themselves.....and they know it.