This Day in History

I thought we had a thread for for this. Oh well. Of we do feel free to merge.
OP
OP

On this day in 2012 the world lost Sally Ride, the first American woman to travel to space.

Just a few wonderful and absolutely accurate words by Sally.

"Three secrets to success: Be willing to learn new things. Be able to assimilate new information quickly. Be able to get along with and work with other people." 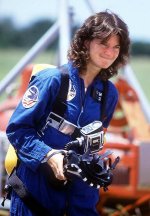 Well, except for the third one...

BradyGirl said:
Well, except for the third one...

It's a pretty big and valuable skill of mine but I get that mileage varies on that one particularly in ones work
Click to expand...

Ha, ha, basically I'm teasing, but as an introvert sometimes people puzzle me. It definitely takes a lot of my energy to keep the sailing smooth.

On this day in 1929 Jackie Kennedy-Onassis was born.

Just a few words from her and how true they are.

"One man can make a difference and every man should try." 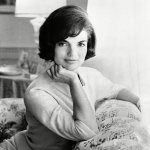 On this day in 1930 Neil Armstrong, the first man to walk on the moon was born.

"Mystery creates wonder and wonder is the basis of man's desire to understand." 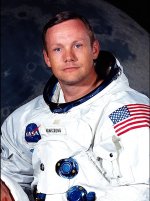 
I'm good for the most part with that one. You may not be.

johnlocke said:
I'm good for the most part with that one. You may not be.
Click to expand...


It was a War Crime because Japan had been trying to broker a surrender through Russia from the moment Germany surrendered.

The US refused to talk to them because at that point, the war was won, and we wanted to demonstrate the Atom Bomb to Russia and intimidate Stalin.

That makes it a war crime.

There was never going to be a land invasion of Japan, the Japanese were ready to surrender any time we were willing to accept it.