Here is the last game day thread. As bad as this season has been, it is always good to go out with a victory against the Jete. Although I am not as confident in this game now that the Jete are actually trying to win.

Either way, I'll be watching the young guys.

Either way, I'll be watching the young guys.
Click to expand...

No where to go but up next year. I can't wait to be back on top so quick and have all the nfl and nfl fans heads spinning again!!

I hate having to root for losses, but I honestly would not be too torn up if Pats were to lose this one. That said, I would still be happy if Pats beat the Jests. That means even at our worst we can still sweep the Jests. Not all is bad.

Where are our Jete bros? we can commiserate with our mutual suckitude!

HSanders said:
Where are our Jete bros? we can commiserate with our mutual suckitude!

Probably on suicide watch after losing out on Trevor Lawrence

OSUBuckeye said:
Probably on suicide watch after losing out on Trevor Lawrence
Click to expand...

OSUBuckeye said:
Probably on suicide watch after losing out on Trevor Lawrence
Click to expand...

That is a long-winded, never ending, quintessential NYJete shaggy dog story. Of course they don't get no :Shaggy:.

We have no LBs! 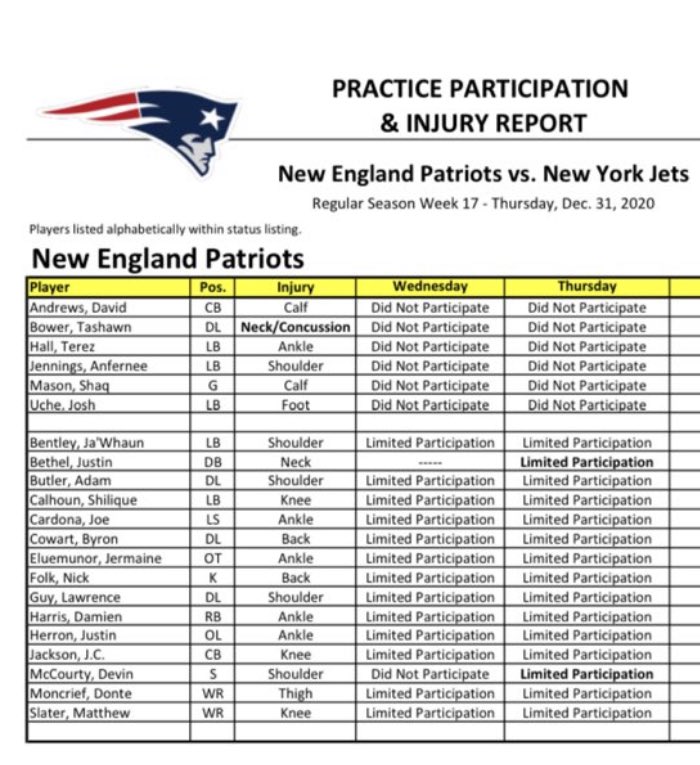 That must be good for a loss in itself...push some of the practice squad players into the slots...and a safety and a defensive end?

Yeah I don't buy it, its a BB report. I think its more of a lets get this game over with.

It's almost unbelievable how bad the LB situation is. And the DL is just a shade better. I don't know when Uche got hurt, but I wouldn't be surprised if he took that injury into the Bills game. He didn't look quite as explosive as we'd been seeing and he couldn't get much done.

I really don't know whether we can be competitive with the Jets, never mind winning the game. Not kidding.

I never imagined myself thinking "we're screwed if Terez Hall can't go", but that's how bad things have gotten.

I don't see any way we win vs the Jete no matter who starts at QB for us. They'll want to build momentum for next year and our guys are waiting for the axe to fall.

I don't see Ghosts on the injury report. So it looks like Darald and Gase might be seeing them on Sunday.

What to watch for: Does the telephone on the Patriots' sideline work? After coach Bill Belichick fired it in frustration in a Week 16 loss to the Bills, communications could be stressed in a finale that has no meaning other than draft position. -- Mike Reiss

Bold prediction: Jets quarterback Sam Darnold -- who hasn't faced the Patriots since the infamous "ghost" game in 2019 -- will get his first career victory over the Patriots in what could be his final game with the Jets. The Jets have been outscored 71-3 in Darnold's two starts against the Patriots (four interceptions). -- Rich Cimini

Stat to know: The Patriots have eight passing touchdowns and 14 interceptions this season. They have finished with fewer than 10 passing TDs in a season just once: 1970, when they accumulated seven touchdowns and 28 picks.

Playoff/draft picture: The Jets have secured the No. 2 spot in the draft, but the Patriots can still slide up or down the draft board. They are currently projected to hold the 15th pick, with a 0.7% chance to move into the top 10.

What to know for fantasy: New York receiver Jamison Crowder came through last week (29.3 fantasy points) and saved you with a score in the first meeting with New England. But be aware that he was targeted on just 10.5% of his routes in that game, his second-lowest rate of the season. See Week 17 rankings.

Betting nugget: The Patriots have won each of the past nine meetings, but they are just 5-4 ATS in those games. Read more. 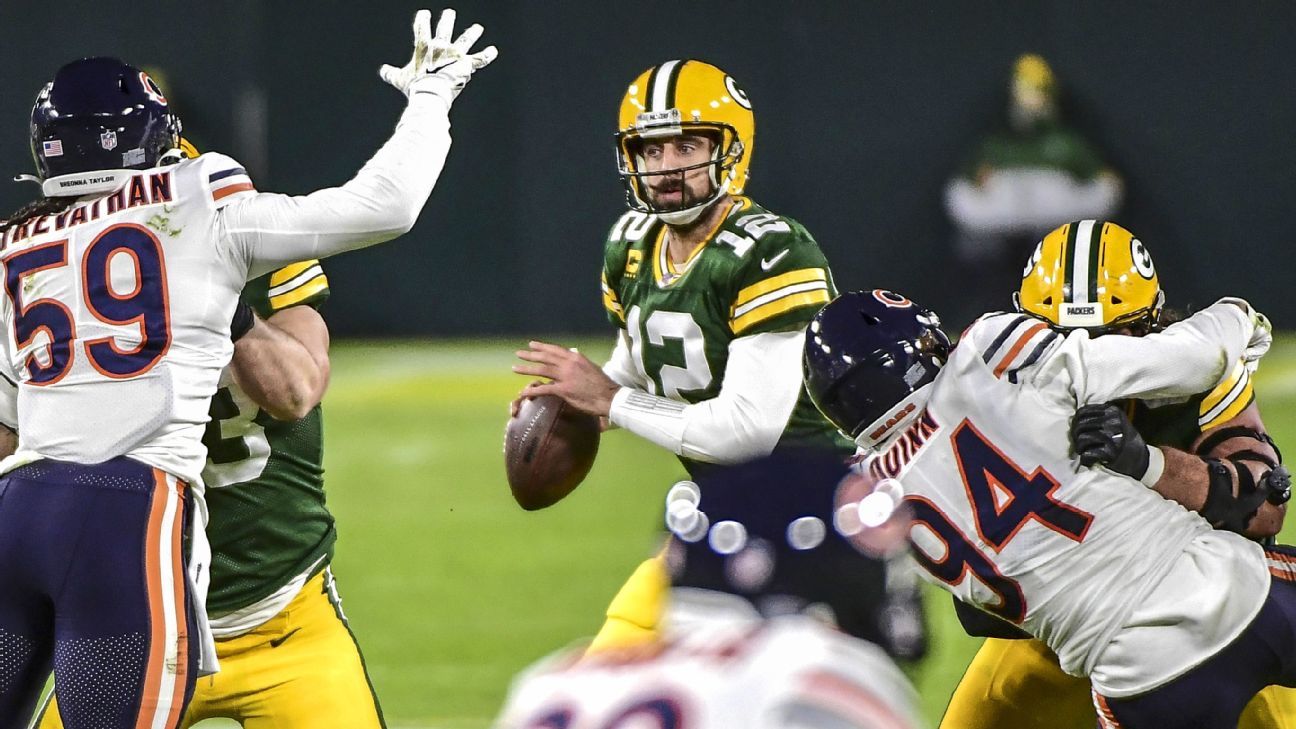 What to watch for in every game. Bold predictions. Playoff positioning. Fantasy advice. Key stats to know. And, of course, score predictions. It's all here for Week 17.

I do hope that BB starts J S today so we can see what he can do starting a game rather than trying to clean up on aisle #4..

There's a game today? Wow. Who would have known?

johnlocke said:
There's a game today? Wow. Who would have known?
Click to expand...

But finally... It's over ... and still in early January it;s time to move to the draft full-time (exxcept when you have a 6 AM tee time).