What are your Pats Superstitions?

Location
I'm Down From Canada and they think I'm slow Eh?

Figured we could all use a distraction after Refgate, so what are your Patriots Superstitions?

Ok, mine is whenever the announcer calling the game says something I don't want to happen hasn't happened in a while I knock on wood until the snap.

For example "Brady hasn't been intercepted in 568 consecutive pass attempts"

If I don't knock on wood he'll be intercepted on the NEXT PLAY. It's a SCIENTIFIC FACT!

If I don't knock on wood until the snap the Pats WILL fumble and somehow Rex Ryan will pick up the ball, despite not being a player, and high step it in to the end zone.

So, what are your completely legitimate, if you don't do them something bad will happen for the Pats, Superstitions?

I used to be very superstitious. I pulled everything out of my hat in last years SB loss. I am no longer superstitious at all.
Posted via Mobile Device

I have a whiskey rack.

OK, most people would think it was a wine rack, but I have single malt scotch in it instead.

I have a set of Ridel single malt glasses. 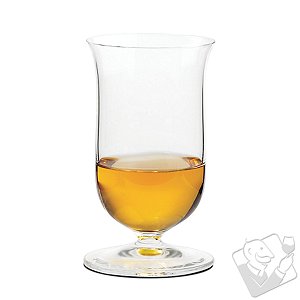 If I'm drinking the right scotch, in the right glass, they never lose.

I always start with a blended scotch (Famous Grouse), to represent the whole "team" bit, and if things are not going well, I change scotch until I find the one that works.

The evidence is indisputable. If they lose I clearly had the wrong scotch.
H

I NEVER melt down any of my original Revere Ware into 44 Mag slugs for werewolves the day of the Sunday game. Monday night, always.

No major superstitions but I do like to wear the Gronk jersey I got for Christmas last year over a Pats hoodie that I got at the same time.

Ryan91 said:
No major superstitions but I do like to wear the Gronk jersey I got for Christmas last year over a Pats hoodie that I got at the same time.
Click to expand...

Your in the UK right? Are going to go to the game this year?

Dominated said:
Your in the UK right? Are going to go to the game this year?
Click to expand...

Ryan91 said:
Yes and Yes - the trip is a present for my 21st Birthday (which actually the Friday after the game)
Click to expand...


That's awesome, have a great time!

I don't predict overall records or scores of games.

I ALWAYS wear my tedy jersey on game day

Dominated said:
I used to be very superstitious. I pulled everything out of my hat in last years SB loss. I am no longer superstitious at all.
Posted via Mobile Device
Click to expand...

This. We have to make our own luck going forward. No help from the supernatural.

So is that "tedy" as in Bruschi or Victoria's Secret?

I have a grey t-shirt with blue letters outlined in red "NEW ENGLAND PATRIOTS" that I purchased just after Parcells became the HC. I have warn it to every home game since - Regular Season and Playoffs. Needlesstosay, after all these years, it is in very bad shape from that considerable use, but I will continue to wear it until it just fades away.

O_P_T said:
So is that "tedy" as in Bruschi or Victoria's Secret?
Click to expand...

I walked into that one didnt I

It is the Bruschi jersey

I don't have many that last very long -- like, if I wear a jersey a week they win I'll wash it and wear it again -- but during that run up to the first superbowl, I was living in DC and during halftime of a game, I ran out to a KFC and ordered something absurd like a 20 piece of some honey bbq wings, since I was starving and hadn't eaten all day. They won and then I got it in my head that NO MATTER WHAT I had to stuff 20 honey bbq wings into my face at half time from then on out.

I missed some of the 2nd half of the superbowl, because the KFC near my place was out of the wings and I had to drive halfway across the planet to get them.

Ok this is brand new for me.

I put on my Pats hoodie about 10am. (That's the one Mikie sent me for those who dont know) I wear it until the game is over, even if it's 95 degrees here in Texas. If I take it off, they lose. So, regardless of temperature, I have to keep it on.