A huge upgrade over burkhead.
OP 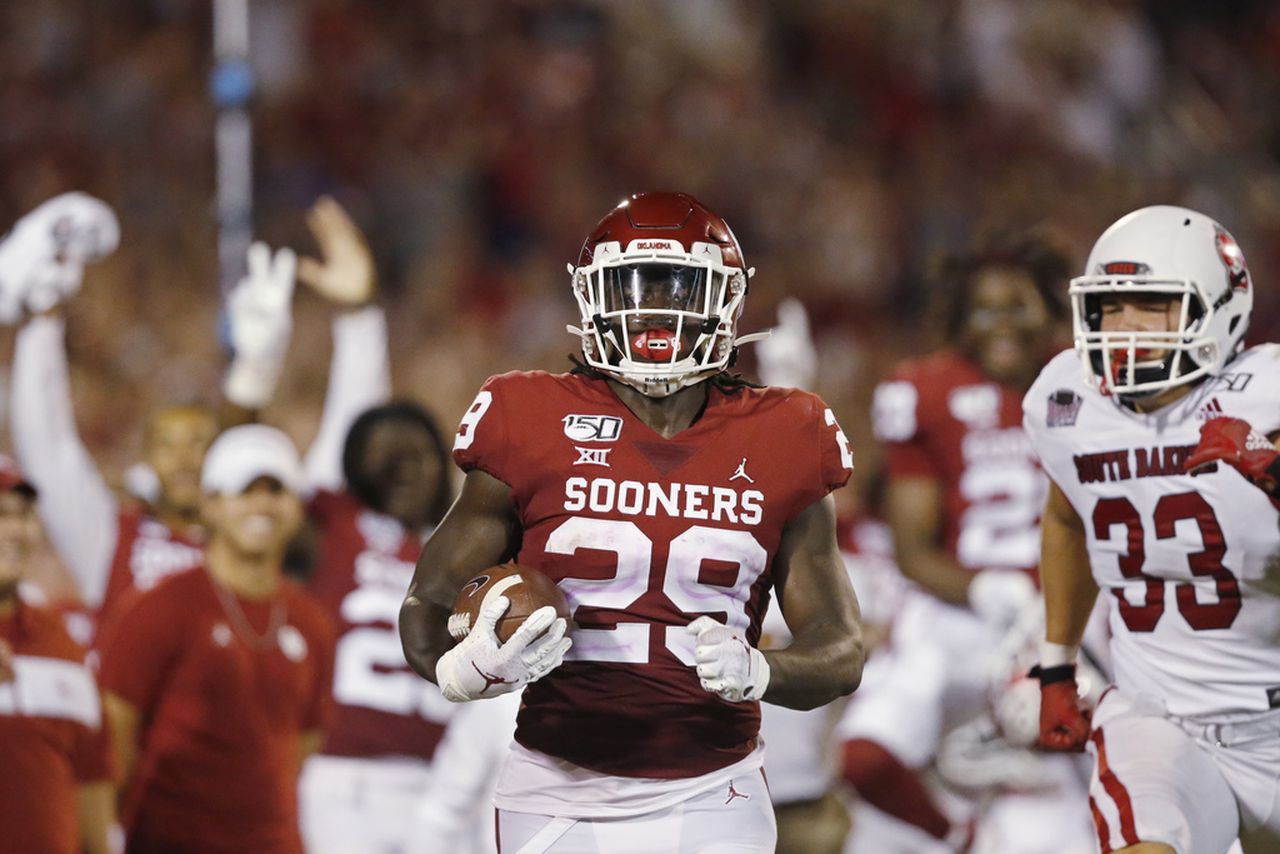 Rhamondre Stevenson drafted by New England Patriots: Here’s what experts are saying about the pick

The Patriots used the No. 120 overall pick on the Oklahoma running back.

they said on nfln he's good in pass pro too. looks like he can catch.

HSanders said:
they said on nfln he's good in pass pro too. looks like he can catch.
Click to expand...


and he can play FB.

Good write up from the Huddle Report. This first sentence "Need another Derrick Henry type without all the wear and tear of a successful career in Division I?" grabbed me. 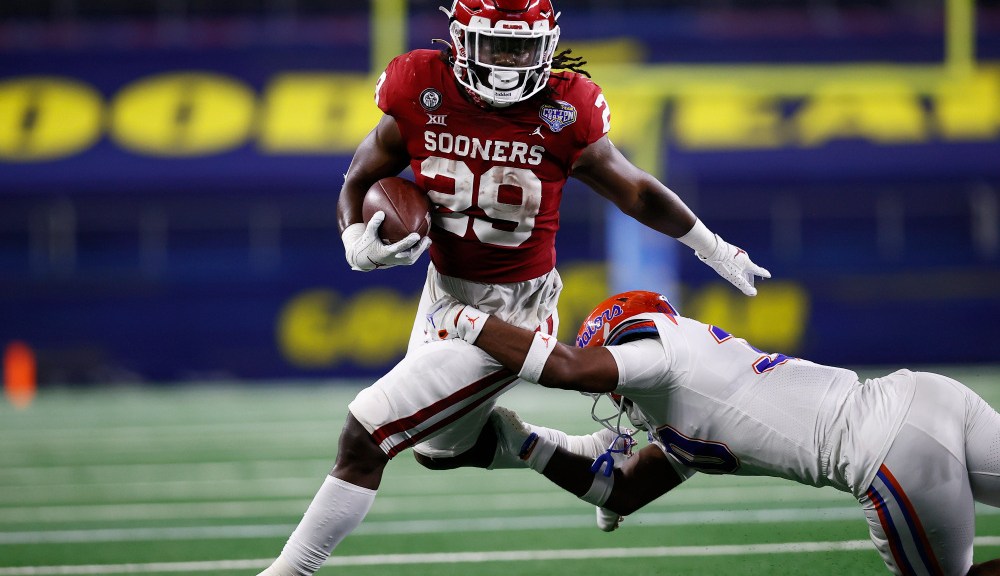 I don't get this pick. We have Harris as our big back.
OP

Mazz22 said:
I don't get this pick. We have Harris as our big back.
Click to expand...

He's somewhat fragile...and Sony is gone after this year.

Harris? I would not call him fragile. He was bowling ball last year for us.

Nixon was rated as either the 1st or 2nd DL prospect by several and he fell to the 5th round.
OP

Mazz22 said:
Harris? I would not call him fragile. He was bowling ball last year for us.
Click to expand...

You really can't have too many RBs. I like how this guy moves though. He is like Blount.
OP

Agreed. I like Harris fwiw...he plays violent, so, that's partially why he's injured so much.

Blount was my favorite RB all time for the Pats.
OP

Mazz22 said:
Blount was my favorite RB all time for the Pats.
Click to expand...

The Pats had some pretty good RB's through the years.

STRENGTHS: Big athlete with natural run balance and the feet of a much smaller back…very little wasted motion in his cuts…picks up his feet to jump cut between gaps or slalom around pursuit…accelerates well off his plant foot to reach his top speed quickly…presses the line before making backside cuts…improved block recognition since he arrived in Norman…sports a compact, muscular frame…covers up the ball and churns his legs through contact with low pads…soft hands as a receiver and adjusts well to throws outside his frame…minimal wear and tear in college with under 200 touches at the FBS level…highly productive when on the field, averaging 7.2 yards per carry at Oklahoma.

WEAKNESSES: One-speed rusher who doesn’t run with explosion…shows the ability to make quick lateral cuts, but doesn’t often win with open-field shiftiness…will occasionally lose races to the corner…adequate vision to see holes develop, but needs to improve his timing…doesn’t always play to his size, absorbing contact instead of dishing it out…needs to show more urgency in pass protection, getting in the way as a blocker, but not consistently controlling or finishing his target…suspended a total of six games by the NCAA following a failed drug test (December 2019).

SUMMARY: A one-year starter at Oklahoma, Stevenson was a natural fit in head coach Lincoln Riley’s offense, thriving in his zone-blocking scheme. After not playing football for a year after high school and spending two seasons at the JUCO level, he rose to the top of the Sooners’ depth chart, leading the team in rushing in the six games he played in 2020 after returning from his failed drug test suspension. Stevenson moves like a much smaller back, displaying the lower-body agility to hit the cutback lane or navigate between gaps without gearing down. While he is a gliding athlete for a big man, he needs to consistently play up to his size as both a runner and blocker. Overall, Stevenson has a track record of inconsistency, but he is built for the pro game with the smooth footwork to collect, cut and accelerate. He projects best as a one-cut runner with pass-catching promise.

Need another Derrick Henry type without all the wear and tear of a successful career in Division I?

Rhamondre Stevenson played two seasons at Cerritos College. He only rushed 68 times for 501 yards as a freshman but took over as a sophomore and turned in an eye-popping 222 carries for 2,111 yards and 16 touchdowns, plus 16 catches for 90 yards. It was a smaller community college in California, but it attracted enough attention to land with Oklahoma as a junior in 2019.

The Sooners use a committee backfield and in 2019, Stevenson rated second-best with 64 runs for 515 yards and six touchdowns. Kennedy Brooks led the team with 155 runs for 1,011 yards. As a senior, Stevenson led the offense with 101 rushes for 665 yards and seven touchdowns, plus 18 receptions for 211 yards. Again – the Sooners ended with four different backs with more than 50 rushes last year.

One of Stevenson’s notables is that he was suspended by the team for the Peach Bowl as a junior when he had a positive THC test before the game.

The ex-Sooner is a load at 6-0, 246 pounds and enters the draft as a running back though he could double as a fullback as well. In a draft with only two locks at the top (Travis Etienne and Najee Harris), Stevenson is attractive to a team looking for a bruising power runner.

While he’s expected to be a third day prospect, he doesn’t enter the draft with a ton of carries and little tread left on the tires. The entirety of his four-year college career only totals 455 rushes and most of those happened at a community college. That’s far lower than Harris (638) or Etienne (686). And with much less impact.
You must log in or register to reply here.
Share:
Facebook Twitter Reddit Pinterest Tumblr WhatsApp Email Share Link
Top